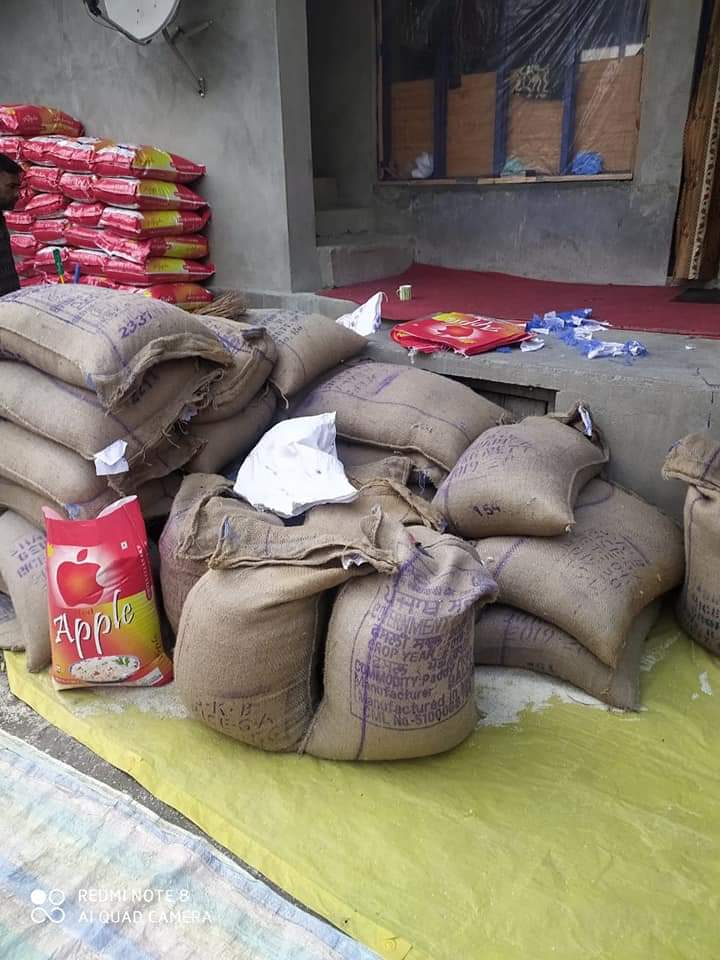 BANDIPORA, Apr 8: Bandipora police received a specific information through reliable sources that one person namely Muzaffar Ahmad Wani son of Sayed Wani a resident of Nadihal has illegally procured Government rice and is repacking it into Apple Brand rice bags,so as to sell them in private open market.

A stitching machine, weighing machine and some empty packing bags were also seized from the spot. However accused person managed to flee from the spot and efforts are on to nab him.

In this connection Case FIR No. 12/2021 under relevant sections of law was registered in PS Argam.

During preliminary investigation it surfaced that the some FCS & CA controlled fair price shop owners were illegally selling the Govt rice to the accused person, who was repacking it into Apple Brand rice bags for further selling it in private market.

Further investigation is going on and more arrests are expected. (KNT)