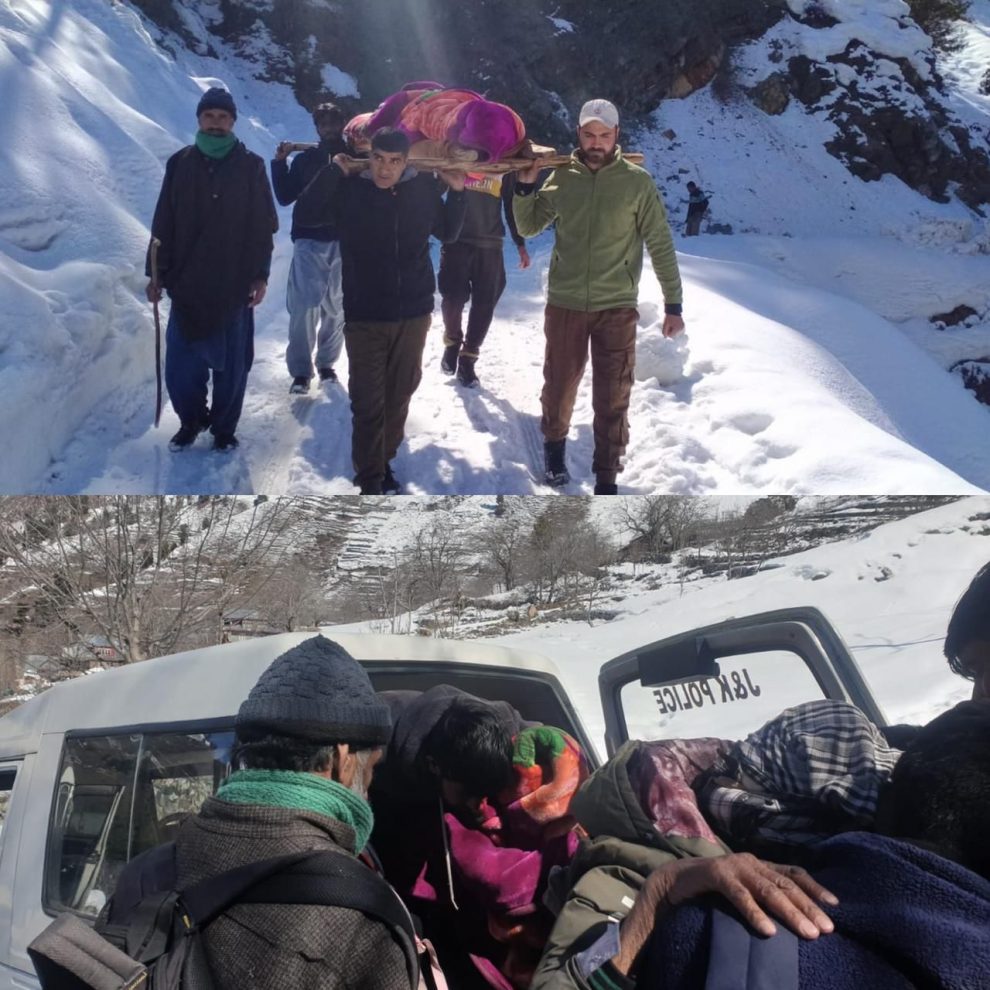 KUPWARA: Jammu and Kashmir Police in Jabdi, a remote village of Kupwara saved a precious life by shifting a critically-ill patient to sub-district hospital Karnah for immediate medical relief as the area is still out of bounds due to heavy snowfall.

However, the Bijaldar-Jabdi villagers expressed resentment against the authorities for failing to clear the road to the village, bringing hardships to them.

“There are many patients who need oxygen. Due to lack of electricity, oxygen patients have to be taken to Tangdar hospital, which is 40 kilometres away from here, ” said Ayaz Ahmad, a local while pleading authorities to restore electricity in the area.

“We have no choice but to carry the patients on make-shift cot to reach sub-district hospital Tangdar. We do not understand what sin we have committed. We are also citizens of this country. We also have the right to live,” he said.

While appealing to the district administration to restore electricity in their village and clear the road, the locals alleged that their area is still out of bounds due to which they are facing difficulties every day.