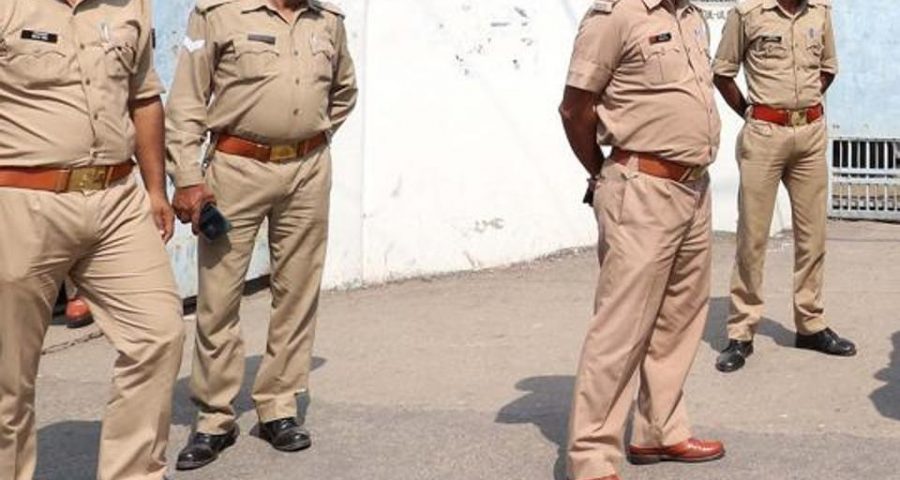 Last week tore to tatters the slogan: With you, for you, always, as those tasked with ensuring the aam aadmi’s safety turned perpetrators and active participants. This question nags as the sordid tale of the arrest of Mumbai assistant police inspector Sachin Vaze by the National Investigation Agency in connection with its probe into the recovery of explosives from a Scorpio outside billionaire  Mukesh Ambani’s residence and murder of alleged culprit Thane-based businessman Mansukh Hiran  unfolds. Questionably, is the police the janata’s rakshak or bhakshak?

Coming on the heels of three UP police officers suspension for negligence in handling a 13-year old girl’s gangrape and father’s death by a cop’s two sons accused in the case, the list of police atrocities is never ending defying accountability with impunity. Turn to any mohalla, district or State the story is tragically the same.

From Maharashtra cop Daya Nayak and compatriots who instead of serving society served their own interests, down UP where the police face accusations of high-handedness, in Karnataka  a hyper-active force stifles dissent by invariably enforcing Section 144 across the State. In insurgency-affected places they behave like the Government’s armed wing and carry out extra-judicial killings under the garb of counter-insurgency.

Underscored, by a Police Commission report: “60% of arrests in the country are unnecessary, 30% deaths are unjustified and unwarranted and police action accounted for 43.2% jails expenditure. They feel the vardi gives licence and power to bully and is the law. Consequently, cops become more and more powerful and less and less accountable.

Want to get rid of somebody? Call the “Police Atyachari”. From rape to out-of-court “settlements”, fake encounters and torture deaths, itt has trapped all with bullet-proof precision. Sending petrified shivers down one’s spine. And we call ourselves a civilised society!

Worse, police officers rarely face conviction. Between 2005-10 only 21 policemen were convicted despite 600 custodial deaths, in 2011-18 none were held guilty though over 860 cases were recorded and in the last two years only 3 have been convicted for 500 cases of human rights violations, torture, illegal detentions and extortion. Police brutality has horrified citizens igniting the uncomfortable relationship between society’s tolerance for violence.

So, is the police more sinned against than sinning? Are the main culprits politicians? The truth is midway. Both work in tandem in furthering their own self-interest resulting in the system becoming self-perpetuating whereby criminalization of politics has given way to politicization of crime and political criminals. Leading, to complete brutalization and dehumanisation of the   police.

Alongside Chief Ministers use transfers as a danda to get cops to do their bidding. Those who refuse are humiliated and given punishment postings. In UP the average tenure of DSPs is an abominable three months. Punjab, too, has a poor track record. Notwithstanding Tamil Nadu, Gujarat and Kerala who believe in a stable tenure for policemen.

Primarily this is because the police is governed by the 1861 Police Act which makes the vardi-wallahs subservient to its masters and hostile to the aam aadmi. Worse, this provides it with a negative role, basically that of protecting the Establishment whereby our netas use the police for their purposes manipulating it for their unsavoury ends.

That police personnel try to please their political mai baaps and are used as an instrument of partisan agendas by all Parties in power is no surprise. To change this umpteen Police Commissions have been constituted and over 8 reports presented. Only to be dumped in raddi and forgotten. Why? At the crux: Who should control the police?  State Government or an independent body?  A Catch-22 question, for our power-greedy netas to honestly answer and us to stupidly expect.

Borne out by the percentage of arrests in relation to bailable offences which are as high as 113%.  According to the Human Rights Commission, Sikkim topped, followed by Gujarat 99.75%, Andaman and Nicobar 95.8%, Haryana 94%, Assam 90%, Madhya Pradesh and Daman and Diu 89%, Karnataka 84.8% and Kerala 71%.

Adds the National Campaign Against Torture 76% of custodial deaths last year alone were a “gross underestimation and due to alleged torture or foul play, and 19% were under suspicious circumstances in which police cited other causes including suicide and sudden illness.”

The National Crime Records Bureau (NCRB) shows that not a single police officer has been convicted for custodial deaths since 2011, while over 860 cases were recorded in the same time period. And in the past two years, only 3 officers have been convicted for almost 500 cases of other human rights violations, torture, illegal detentions and extortion.

The Home Ministry’s response? We have sent an advisory to all State and Union Territory Governments urging officers “to act firmly against any abuse of law.” Sic. But the obverse holds true. In States police manuals allow certain officers to authorize the use of violence (lathi charge) to control crowds. Officers subsequently write a report on how this was carried out but often lathi charge is done without formal orders. And if there is a public complaint, the police in the same jurisdiction investigate their own personnel!

Pertinently, a Centre for the Study of Developing Societies study reveals gross inadequacies and a frightening picture of lack of training on human rights, caste-religion sensitization and crowd control. More. One out of five policemen feel killing dangerous criminals is better than a legal trial while three out of four justify being violent towards criminals. Telangana rape killing a case in point.

What next? Time for the men in khaki to get a makeover desperately: Of a “new-age policeman” who is more professional, better motivated, equipped and trained with the latest in tactics and technology. Police training must keep pace with best practices followed world-wide and its administration drastically overhauled, made more accountable and protected from political interference.

Through multiple judgments over years, courts have sought to improve the situation. In a 2006 historic judgment the Supreme Court directed Central and State Governments to comply with a set of directives. Namely, functional autonomy to prevent politically engineered mass transfer of officers on change of Government and police accountability but it was like water off a duck’s back.

And, as numerous torture cases show, khakhiwallahs find ways to avoid facing justice: either surveillance cameras don’t function or torture occurs outside their range; magistrates do not examine the accused for injuries and place their trust in police accounts; and post-mortem reports are manipulated.

The NHRC is rendered toothless when its inquiries are dependent on reports from the local police officers who are accused. The tragedy is that people are numb of police brutality and no one cares. As it stands our over-burdened police force has 158 police officers for every 100,000 people. That lack of manpower, coupled with inadequate investment in modern investigation techniques and political pressure to get results, means confessions under torture are often simply the quickest, or only, way to resolve crimes — even if they come at a deadly cost. Remember, there comes a time when people get tired of being trampled over and as Herman Goldsmith said the strength of democracy and the quality of life enjoyed by citizens is largely determined by the ability of the police to discharge its duties honourably and independently. Will the aam aadmi continue to rot at the hands of the policewala atyachari whose slogan “with you, for you” is a chimera! A time to ponder and introspect — Kiska danda aur kiski lathi? 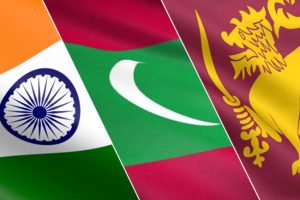 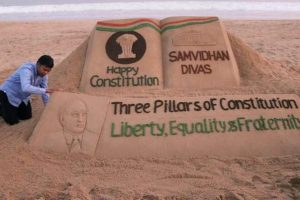 Constitution Day: To Rejoice Or Worry?