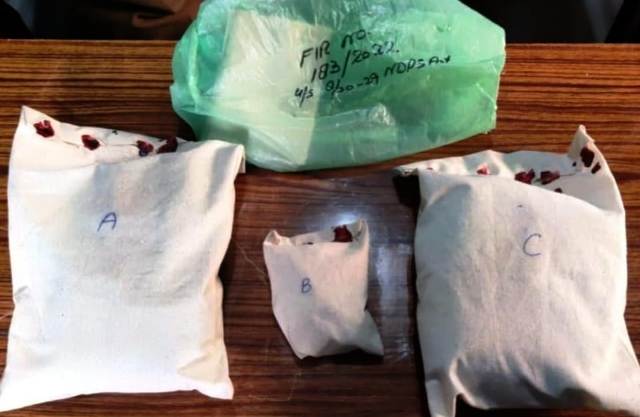 Bandipora: Police on Thursday claimed to have arrested a drug peddler in Bandipora district and recovered contraband substances recovered from his possession.

The duo on seeing the Police party tried to escape from the spot. They were chased by police party and were able to arrest the one accused person however, the other lady drug peddler managed to flee and left the bag on the road.

He has been shifted to police station where he remains in custody. While as, efforts are on to nab the escaped lady drug peddler.

Accordingly, a case vide FIR No.183/2022 under relevant sections of law has been registered in Police Station Bandipora and further investigation taken up.