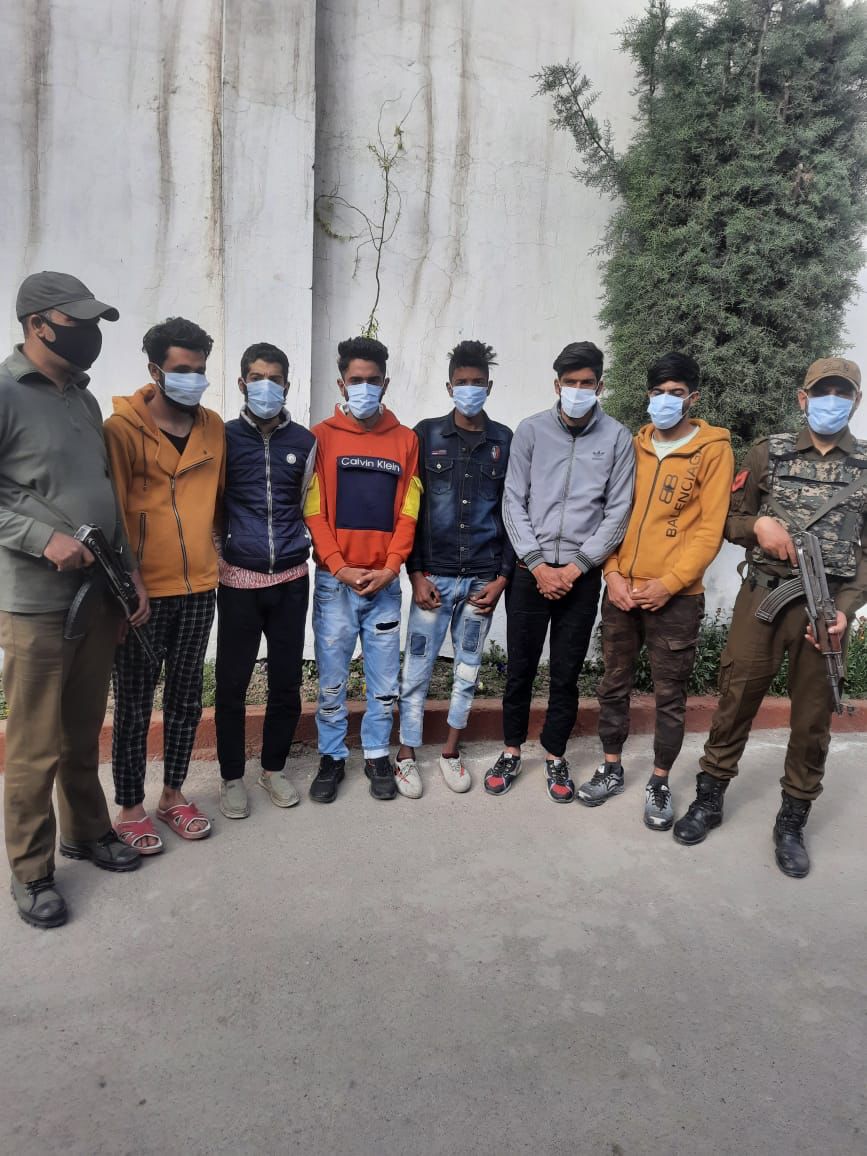 SRINAGAR: Jammu and Kashmir Police Wednesday said to have arrested six persons alleged for their involvement in stabbing of a local youth besides injuring another in Badamwari area of Rainawari in central Kashmir’s Srinagar district on last Monday.

“On 28- 03-2022 in the evening hours, a scuffle broke out outside Badamwari between the two groups of young boys, over a trivial issue, wherein at the beginning two boys had a small quarrel with each other and later on two groups took their sides. The fight ended in the stabbing of one boy resulting in serious injuries to him, while another boy also sustained injuries in the incident. The injured were later on operated upon at SMHS Karannagar and SKIMS Soura hospitals, respectively”, reads a statement.

Many suspects were apprehended for questioning. During questioning, the six persons were prima-facie found to be involved in the commission of crime and have been arrested today, the statement reads.

Other accused persons, who were part of either of the two groups are being identified and will be arrested in due course, the statement further read. (GNS)