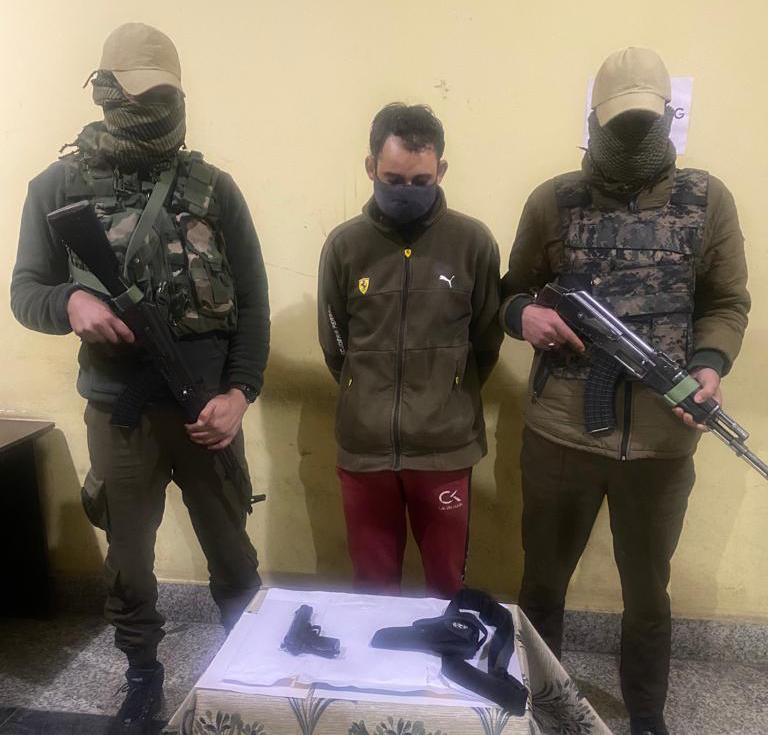 SRINAGAR: The Jammu and Kashmir Police on Tuesday arrested an extortionist along with a small weapon here, officials said.

“On receipt of specific information about extortion activities in the general area of Srinagar, one extortionist namely Muzaffer Ahmad Rather of Laloo Sheeshgaribagh Humhama Budgam was arrested with a small weapon from Shergarhi in Srinagar at about 5:30 P.M,” a police officer said.

“(Muzaffer) was extorting money from persons by instilling fear in them due to possession of this small weapon with him,” the officer said. Police have registered a case (FIR no 31/2022)at Police Station Shergarhi under relevant sections of the IPC and Arms Act, the officer said. (GNS)