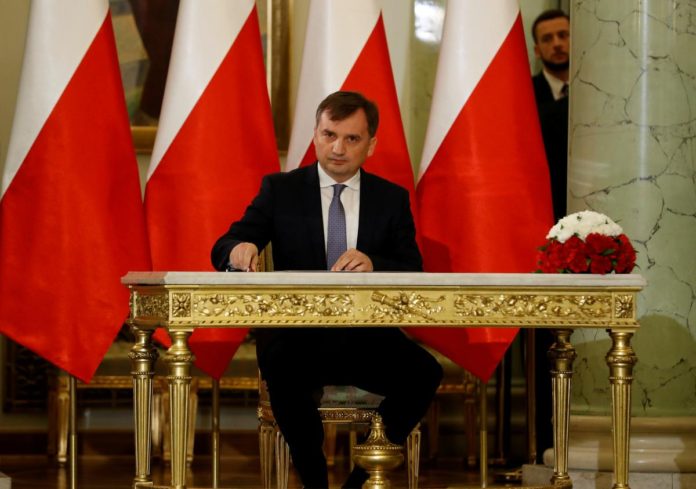 WARSAW: Poland’s justice minister said on Monday the European Union may be in a position to force Warsaw to legalise gay marriage if EU leaders make financial aid conditional on upholding democratic norms, and warned that this was unacceptable.

At talks in Brussels on the next EU budget and an economic recovery plan, some leaders have demanded that payouts be blocked to member states which the executive European Commission (EC) deems to be undermining democratic values.

Justice Minister Zbigniew Ziobro said this would give Brussels the possibility of “arbitrarily” blocking payments worth billions of euros.

“There is a real risk that we may find ourselves in a situation where the EC will effectively force us to introduce the so-called homosexual marriages with the right to adopt children,” he told a news conference.

“Well, we cannot agree to this under any circumstances.”

The ruling Law and Justice party (PiS) came to power five years ago on a pledge to defend traditional family values. Gay marriages are illegal in Poland and President Andrzej Duda was re-elected this month after saying he would not allow adoptions by gay couples or permit classes on gay rights in state schools.

Gay rights activist Alicja Sienkiewicz of the Lublin Equality March Association, which supports lesbian, gay, bisexual and transgender people, said members of the LGBT community were being portrayed as enemies of the state.

“This is bizarre. If you want to get these (EU) funds, you should automatically accept how the EU expects them to be spent, because adhering to the rule of law means adhering to basic human rights and it is about respecting them,” she said.

Poland is at loggerheads with the European Commission over several issues, including judicial reforms which Brussels says undermine the independence of the judiciary. The government says the reforms are needed to overhaul the communist-era system.