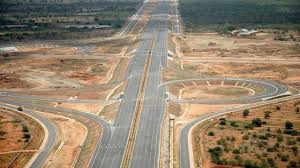 UT administration takes up matter with GoI at highest level

SRINAGAR: The Union Finance Ministry has “withheld” release of funds to Jammu & Kashmir under the Prime Minister’s Development package for the permanent restoration of infrastructure hit by the devastating floods in 2014, prompting the administration of the Union Territory to take up the matter with the Government of India at the highest level.

Documents in possession of news agency—Kashmir News Observer (KNO) disclose that Union Finance Ministry is yet to release more than Rs 800 to J&K administration for restoration of the public infrastructure affected by the floods.

A status report about implementation of PMDP reveals that against Rs 2000 crore earmarked under the package for the project, only Rs 1178. 34 crore has been released by the Centre so far. “Balance amount of 811.64 crore need to be released,” the report states.

The funds have not been released despite the National Institution for Transformation of India (NITI Aayog) recommending to the Union Finance Ministry to release Rs 560 crore after J&K administration submitted utilization certificate to the government’s think-tank in 2019.

The NITI Aayog was monitoring the works taken up under the PMDP component for permanent restoration of the infrastructure damaged in the devastating deluge. Under this program, the funds are released by the Union Finance Ministry on recommendations of the NITI Aayog.

In 2017, a team of officials from NITI Aayog had also visited the State to inspect works executed under restoration program in Srinagar and Jammu districts.

The “inordinate delay” in release of funds prompted J&K LG Manoj Sinha to raise the matter with Union Home Minister and Union Finance Minister on December 12.