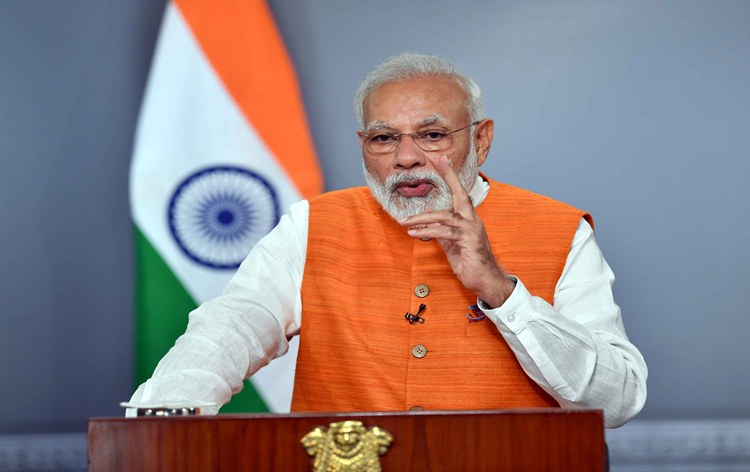 Prime Minister Narendra Modi will address the Global Climate Summit today on the occasion of the fifth anniversary of the landmark Paris Climate Agreement. The Paris Agreement is a landmark deal in the multilateral climate change process. For the first time, a binding agreement brought all nations into a common cause to undertake ambitious efforts to combat climate change and adapt to its effects. It is a legally binding international treaty on climate change which was adopted by 196 Parties at the twenty-first session of the Conference of the Parties (COP) in Paris, on 12th of December 2015 and came into force on 4th of November 2016.

Briefing the media in New Delhi on the eve of the completion of five years of Paris Agreement yesterday, Environment Minister Prakash  Javadekar informed that the United Kingdom has called for a virtual Global Climate Summit today and Prime Minister Modi would also be taking part in the meeting. Mr Javadekar has said that climate change is not an overnight phenomenon and it has taken the last 100 years to have an impact on the environment.

The Minister said, climate change is not a result of recent actions but of historical actions. He said, historically the United States of America has 25 per cent of CO2 emissions, Europe has 22 per cent whereas China has 13 per cent and India only 3 per cent of emission.

Mr Javadekar said, India in no way is responsible for this climate change, but as a responsible participant in world affairs India chose to take part in combating climate change. He said, India’s historical as well as present contribution to GreenHouse gas emissions is very low. The Minister said, presently, India is contributing only 6.8 per cent of global emissions and its per capita emissions are only 1.9 tonnes per capita as compared to US and  China. Mr Javadekar said, with only 2.4 per cent of the world’s land area and 17 per cent population, India has preserved 8 per cent of world’s biodiversity and 24.56 per cent of forest cover. He said, India had committed to reduce emission intensity of GDP by 33 to 35 per cent by 2030, of which it has already achieved 21 per cent and remaining will be achieved in next 10 years.

The Minister said, India is one of the few countries which are Paris Agreement compliant. He said, India’s Nationally Determined Contribution will lead to less than 2 degree rise in temperature. He said, according to the Climate Transparency Report 2020, India is the only G20 country to meet its commitments. Mr. Javadekar said the recent report by United Nations Environment Programme- UNEP also says that India’s emissions grew 1.4 per cent in 2019, much lower than average of 3.3 per cent per year over the last decade.