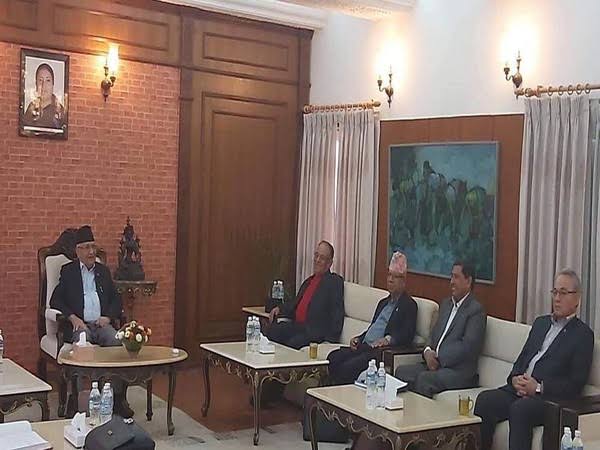 Nepal’s Prime Minister KP Sharma Oli on Wednesday agreed to hand over the executive rights of the ruling party to Pushpa Kamal Dahal in a deal that would enable him to retain the post for the full term.
The decision was made during a meeting of the Central Committee in Baluwatar earlier today. Earlier, Dahal had demanded that the premiership be shared between the two as agreed during the two parties’ unification in 2018, but Oli was denying. Of late, Oli was also reluctant to give him the executive chairmanship, Kathmandu Post reported.
“Chairman KP Sharma Oli will focus on the governmental job as the prime minister whereas another chairman Prachanda (Dahal) will focus on the party works with executive authority,” the party’s spokesperson Narayan Kaji Shrestha told the media after the meeting.