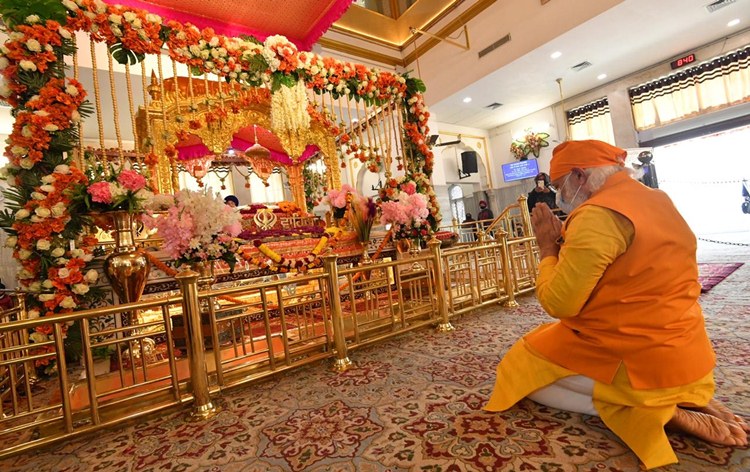 Mr Modi said, he felt extremelyblessed as he and millions around the world are deeply inspired by the kindnessof Sri Guru Teg Bahadur.

The sudden visit of the Mr Modicaught the Gurudwara authorities by surprise as the Prime Minister came at ashort notice. And his visit did not cause any inconvenience to devotees asthere were no police arrangements or traffic barriers.

Guru Tegh Bahadur, the ninthguru, was born in 1621 and was martyred in 1675 in Delhi. Sikh tradition statesthat the Guru stood up for the rights of Kashmiri Pandits who approached him tointercede on their behalf with the emperor Aurangzeb and ask him to revoke arecently imposed tax. He was publicly executed in 1675 on the ordersof  emperor in Delhi for defying Mughal rulers.