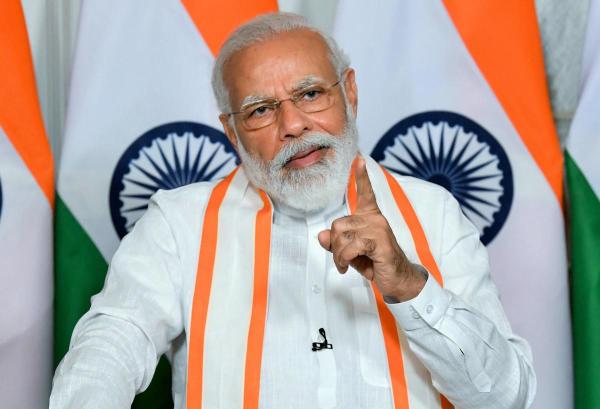 In a bid to reward the taxpaying citizens of India, Prime Minister Narendra Modi launched a platform which will honour the honest taxpayers.
Unveiling the “Transparent Taxation – Honoring the Honest” platform through video conferencing, the prime minister also laid out the next phase of reforms of the direct taxes which is aimed at easing the tax compliance and also rewarding honest taxpayers in the midst of coronavirus (COVID-19) pandemic which has severely hit the Indian economy because of the rising number of cases and the lockdowns.

Modi in his tweet on Wednesday had said that this platform will add strength to the government’s efforts of reforming and simplifying the tax system. “It will benefit several honest tax payers, whose hardwork powers national progress,” he wrote on Twitter.

The Central Board of Direct Taxes (CBDT) has carried out several major tax reforms indirect taxes in recent years. Last year the Corporate Tax rates were reduced from 30 per cent to 22 per cent and for new manufacturing units, the rates were reduced to 15 per cent. Dividend distribution Tax was also abolished.
Speaking on the occasion, the prime minister said that the new platform will be having faceless assessments, faceless appeal and taxpayer charter. The faceless assessment and taxpayer charter will come into place from today itself, while the faceless appeal is going to be applicable from September 25.
Modi said that fundamental reforms were needed in the tax system of India and said that his government’s effort is to make tax system seamless, painless and faceless. He said that in a country of 130 crore people only 1.5 crore citizens were paying taxes.
During the speech, the prime minister said that every rule, law and policy is being taken out of power centric approach and is now being turned into people-centric and public friendly. This, he said, is the use of the new governance model of the new India.
He said that tax compliance becomes difficult when there is complexity. Modi said that if the law on tax is easy and clear, then the taxpayers are happy and so is the country. He explained that this work has been in process for some time and now, goods and services tax (GST) has come in place of dozens of taxes.