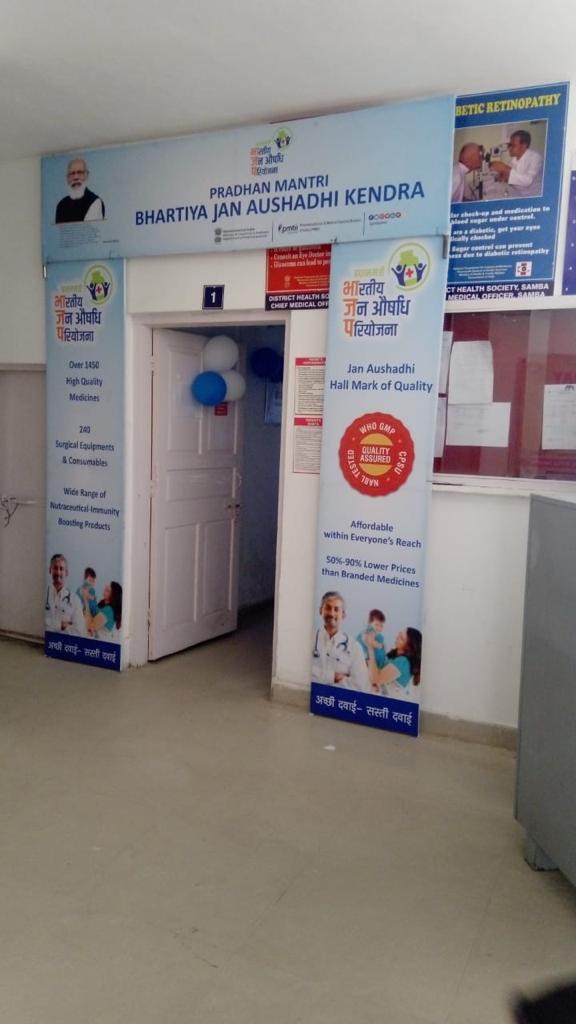 Jammu, 24 April: Prime Minister  Narendra Modi on Sunday dedicated 108 Jan Aushadhi Kendras to the people of Jammu and Kashmir with an objective to provide quality medicines and surgical items to all at affordable prices.

Dedicating 108 Jan Aushadhi Kendras to the people of the union territory, PM Modi said that steps are being taken up by his government to make healthcare affordable for the poor and needy.

Out 108 newly inaugurated Jan Aushadhi Kendras under Pradhan Mantri Bhartiya Janaushadhi Pariyojana (PMBJP) 51 were established in the Jammu region while 57 in the Kashmir region.

Under the scheme, dedicated outlets known as Jan Aushadhi Kendras are opened to provide generic medicines at affordable rates with quality & efficiency at par with branded medicine. These centres are now becoming solution centres for the common man.

In Jammu region, 11 centers were setup in district Jammu, 2 in district Doda, 9 in district Poonch, 5 in Rajouri district, 3 in Ramban district, 6 in Reasi District, 10 in Samba district, 4 in Kathua district and 2 in Udhampur district.

This development will provide the much-needed impetus to the initiative and help to minimize the burden of common masses so far as expense on medical products is concerned.

With the inauguration of these 108 Jan Aushadhi Kendras, now 228 Kendras are functional across the union Territory.

In J&K, Jan Aushadhi scheme was launched in the year 2010 and the first store was opened at Red Cross Building Ex-Change Road Srinagar on May 9 in 2011.

Prices of the Jan Aushadhi medicines are 50%-90% less than that of branded medicines prices in the open market. Medicines are procured only from World Health Organization – Good Manufacturing Practices (WHO-GMP) certified suppliers for ensuring the quality of the products. Each batch of drug is tested at laboratories accredited by ‘National Accreditation Board for Testing and Calibration Laboratories’ (NABL) for ensuring best quality.

The scheme is being operated by government agencies as well as by private entrepreneurs, women entrepreneurs, NGO’s, Societies, Charitable trusts and others. One-time incentive of Rs. 2.00 lakh is provided for furniture & fixtures and computer& printers to the PMBJP Kendras opened in the North-Eastern States, Himalayan areas, Island territories and backward areas mentioned as an aspirational district by NITI Aayog.