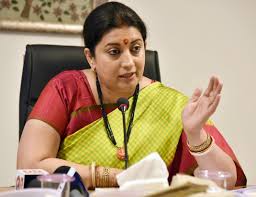 PM spoke with well known basketball player Prashanti Singh. While talking to Prashanti Singh, PM Narendra Modi said that people of Kashi changed the challenges into opportunities and the facilities at housing complex for players in Sampurnanand Stadium will provide ease of sporting to the players and people of Kashi.

While interacting with the PM, Vipin Kumar Agrawal, a businessman from Varanasi thanked the Prime Minister for the basic infrastructure work in the industrial area.

PM suggested to maintain cleanliness in the premises and and provide better facilities to the workers also in the industrial areas.

Beginning his speech in his inimitable signature style in Banarasi dialect, the Prime Minister thanked farmers of Poorvanchal and said that despite covid pandemic they produced bumper crops in their fields.

Prime Minister said that the development projects going on in Varanasi are touching every aspect of the city and life of people of Kashi and that includes infrastructure development, tourism, Cleaning of Ganga and welfare of the farmers also.

Along with the beautification of Ghats of Ganga, the tourist spot Sarnath is also being developed and the unique light and sound show is a part of this initiative, he said. The PM said, connectivity to the holy city of Varansi has always been the priority of his government and roads along with basic infrastructure is being developed at city areas and Airport. Now 48 flights to various destinations are operating from Babatpur Airport, he said.

He detailed the development works that took place in the last 6 years and said these projects have transformed the look of the city. Now it is also becoming a model of waterways. PM said, there has been incredible work on the health segment also and now Varanasi has become a hub of health facilities for not just the eastern part of the state but also for the whole country.

Varanasi is developing in every aspect and it is benefiting the people of the poorvanchal area of state who don’t have to run to the big cities like Delhi and Mumbai. Many facilities for the farmers have also started and first time vegetables and fruits were exported to foreign countries from here, he said.

He reiterated that the recent farm bills are going to benefit the farmers as the middlemen are being excluded from the system.

He also spoke about the Prime Minister SVAnidhi scheme which is helping the street vendors who faced hardship faced during Corona.

Around 1500 people are taking part in the program through video conferencing. Arrangement of live display of the program is made at 6 places in city on big screens and through 5 LED mobile vans. The 16 projects inaugurated include Sarnath Light and Sound show. The show will be a major attraction for the tourists who reach this heritage site from all over the world. The first light and sound show will be organised for the public at 7.15 evening.

During the event, Prime Minister laid the foundation stone for projects including the redevelopment of Dashashwamedh Ghat and Khidkiya Ghat, barracks for PAC police force, along with upgradation of the multi-purpose hall in Girija Devi Sanskritik Sankul, and development of tourist places.