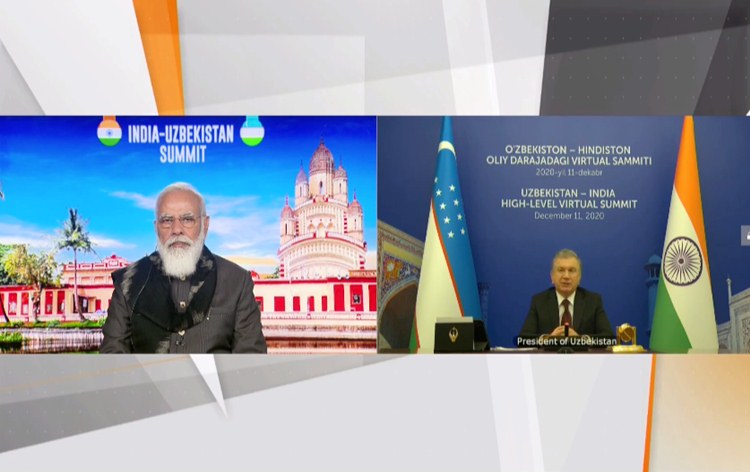 Prime Minister Narendra Modi and President of Uzbekistan Shavkat Mirziyoyev are now holding a virtual summit. This is the first bilateral Virtual Summit between India and a central Asian country. The leaders are discussing the entire spectrum of bilateral relationship, including strengthening of India-Uzbekistan cooperation in the post-COVID world. They are also exchanging views on regional and global issues of mutual interest.