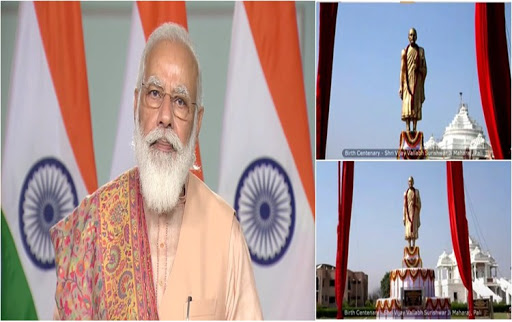 Prime Minister Narendra Modi today unveiled the ‘Statue of Peace’ in Pali district of Rajasthan through video conference on the 151st birth anniversary of Sunishwar Ji Maharaj. Addressing the function, The Prime Minister said that New Year is a year of spiritual aura, a year of inspiration.

Mr. Modi said the land of Gujarat has given two Ballabhs. Sardar Vallabhbhai Patel in the political field and Acharya Vijay Vallabhji Maharaj in the spiritual field. The Prime Minister said that this statue will become an inspiration source of peace and non-violence in the world. The Prime Minister said that Acharya Vallabh made an effort to make India self-reliant in the field of education.