Swami Chidbhavananda is the founder of Sri Ramakrishna Tapovanam Ashram at Thirupparaaythuray situated near Tiruchirapalli in Tamil Nadu. Swami Chidbhavananda, a man of letters, has authored 186 books. His scholarly work on the Gita is one of the most extensive books on the subject.

Tamil version of the Gita with his commentary was published in 1951 and became an instant hit. It was translated into English in 1965. The translations of the epic literary work into Telugu, Odia, German and Japanese were undertaken by the devotees of Swami Chidbhavananda. 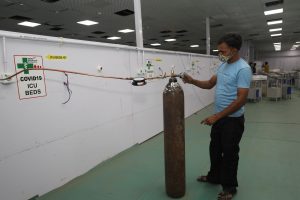