In yet another boost for “Make in India” in defence sector, Prime Minister Narendra Modi will dedicate the Main Battle Tank Arjun Mark1A to the nation on Sunday. In a high-level meeting, the Defence Ministry recently cleared the induction of 118 Arjun Mark1A tanks into the Indian Army which will cost around ₹ 8,400 crore and add to the strength of the force in land warfare. “Prime Minister Narendra Modi will be dedicating the latest version of the Arjun tank to the nation on February 14 in Chennai at the tank production facility in Avadi,” Defence Research and Development Organisation (DRDO) officials said.

The tank has been fully designed and developed by the DRDO in close coordination with the Indian Army. The 118 tanks will be joining the fleet of the first batch of 124 Arjun tanks which have already been inducted into the Army and are deployed in the western desert along the Pakistan front. The Arjun tanks will also form two regiments in the Armoured Corps of the Indian Army like the first 124 tanks. Officials said the Army has reduced the number of tanks required for the formation of a tank regiment and that is the why the present order has six tanks less than the previous order for two regiments.

The DRDO has been developing the Arjun Mark1A for quite some time now and the project was hastened by both Chief of Defence Staff General Bipin Rawat and DRDO chief Dr G Satheesh Reddy to increase the level of indigenous weapon systems in the armed forces. The Arjun has been designed by the DRDO’s Combat Vehicles Research and Development Establishment (CVRDE) and DRDO Chairman Satheesh Reddy will hand the first Arjun Mark1A to PM Modi. The tanks will be produced by the Ordnance Factory Board’s (OFB) Heavy Vehicles Factory (HVF) Avadi and the first batch of five main battle tanks will be handed over to the army within two-and-a-half years of the signing of the contract. 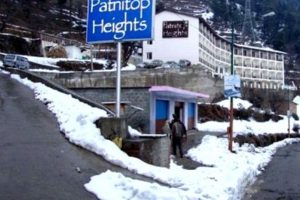