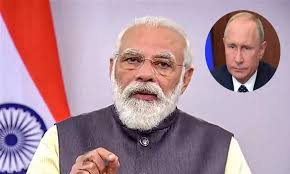 Prime Minister Narendra Modi will today lead the Indian delegation to the 20th Summit of SCO Council of Heads of States, which is being held virtually. The meeting will be chaired by Russian President Vladimir Putin. Heads of States of all 8 Member States, Russia, China, India, Pakistan, Kazakhstan, Kyrgyzstan, Tajikistan and Uzbekistan will be present at the meeting. Heads of State of 4 Observer States of SCO, Iran, Afghanistan, Belarus and Mongolia will also participate. Leaders of the Member States will address the summit.

This will be the first SCO Summit to be held in virtual format and this is the third meeting that India will be participating as full member. India was granted observer status of SCO in 2005 and it became full member in 2017. In the last three years, India has maintained extensive engagement in all fields under the SCO framework.

During the meeting, the Executive Director of the SCO Regional Anti-terrorist Structure (SCO RATS) will make his interventions. The Summit will end with the adoption of the Moscow Declaration. There will also be SCO Statements on issues like the Commemoration of the 75th Anniversary of World War II, Digital Economy, COVID-19, Countering the Spread of Terrorism Including on the Internet and Countering the Drug Threat.