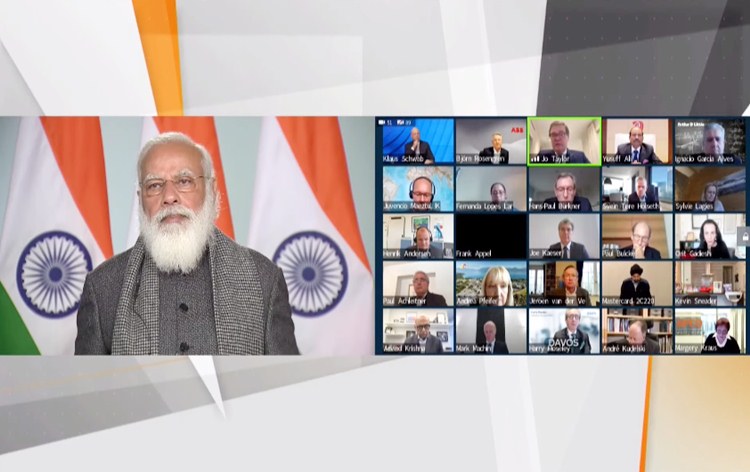 Prime Minister Narendra Modi has said that India offers predictable and friendly tax regime and FDI norms. Addressing the World Economic Forum’s Davos Dialogue through video conferencing, he said, there have been continued emphasis on reforms and incentive based stimulus.

Prime Minister said, structural reforms during Corona times have been supported by production linked incentives. Mr Modi said, India is also matching its growth with the goals of climate change.

The Prime Minister assured the forum that India’s Aatamnirbhar Bharat movement is committed to global good and global supply chain as India has capacity, capability and reliability to strengthen the global supply chain. Mr Modi said, its massive consumer base will further grow and help the global economy.

The Prime Minister cautioned that technology should become a tool of ease of living not a trap. He said, India is focussing on sustainable urbanization with focus on ease of living, ease of doing business and climate sensitive development.

Mr Modi has said that effective containment of Corona in India has saved humanity from a very big tragedy. He said, despite the initial misgivings about the country’s capacity to handle the pandemic, India moved forward with a proactive and pro-participation approach and worked on strengthening the COVID specific health infrastructure.

He said India trained its human resource to tackle the pandemic and used technology massively in testing and tracking of the cases. The Prime Minister said the fight against Corona was turned into people’s movement and India succeeded in saving the lives of maximum number of its citizens. He said, India’s success has global implications as 18 percent of the world population lives in India.

The Prime Minister also stressed on the world’s biggest vaccination drive and India’s global efforts during the pandemic. He also informed about evacuation of citizens when air space was closed and supply of medicines to more than 150 countries.