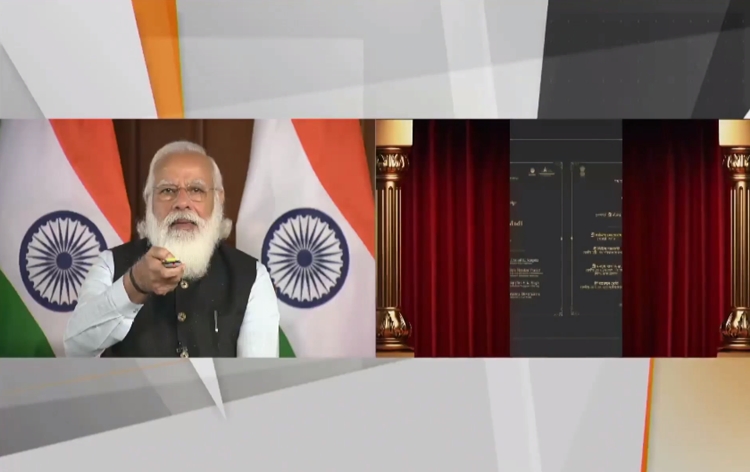 Prime Minister Narendra Modi has said that the development of Assam is the priority of the Centre and the government is continuously working on it. He stressed that all should work together to make the North East a strong pillar of the Aatmanirbhar Bharat. He was speaking after launching the Mahabahu-Brahmaputra project in Assam today. The Prime Minister also laid the foundation stone of Dhubri-Phulbari Bridge and performed Bhoomi Poojan for construction of Majuli Bridge during the function.

Addressing the gathering virtually, the Prime minister said that it is the historic day for the people of Majuli as well as for the North East.  He said that connectivity was a big challenge for the North East, but rapid progress has been made in this direction of late. Mr. Modi said that the long awaited demand is being fulfilled for the people of Majuli with the construction of the bridge.

Union Minister for Road Transport and Highways Nitin Gadkari said that one lakh crore rupees project will be started in Assam in coming days. He said that due to the introduction of new technology projects the cost of the Jorhat- Majuli bridge could be reduced. Mr. Gadkari said that construction of Jorhat Majuli bridge and Dhubri – Phulbari bridge would give a major boost in the connectivity for Assam and Meghalaya.