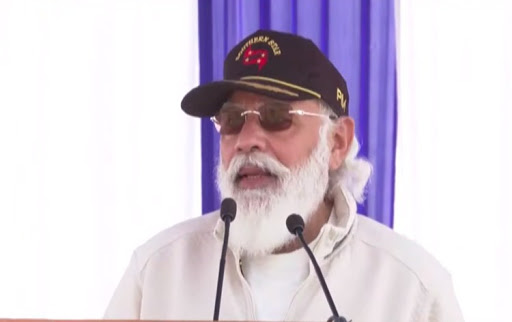 Prime Minister Narendra Modi said that India is working rapidly to increase its defence capability and make its defence sector Atmanirbhar. Mr Modi said the Government has decided to focus on the indigenous arms factory and this decision has propelled 130 crore Indians to work towards the vocal for local doctrine. The Prime Minister was addressing soldiers at the historic Longewala post of Jaisalmer district in Rajasthan during Diwali Celebrations yesterday. He said  the world now understands that India won’t compromise with its interests at any cost, and India is clearly presenting its opinions on the international fora.

Stating that expansionism is, in a way, a mental disorder and reflects 18th-century thinking, he said the whole world is troubled by expansionist forces today. He asserted that India is becoming a strong voice against this thinking.

The Prime Minister said  India has shown to the world that it also has power and political will to give the right answer. He  said that India’s military strength has increased its negotiating power manifold. He said  India today kills terrorists and their masters by barging into their house.

The Prime Minister said, India showed great valour at Longewala and whenever history on the excellence of soldiers will be written and read, this Battle will be remembered. Saluting the sacrifice of soldiers’ families, he said his Diwali is complete only when he  spends it with the soldiers.