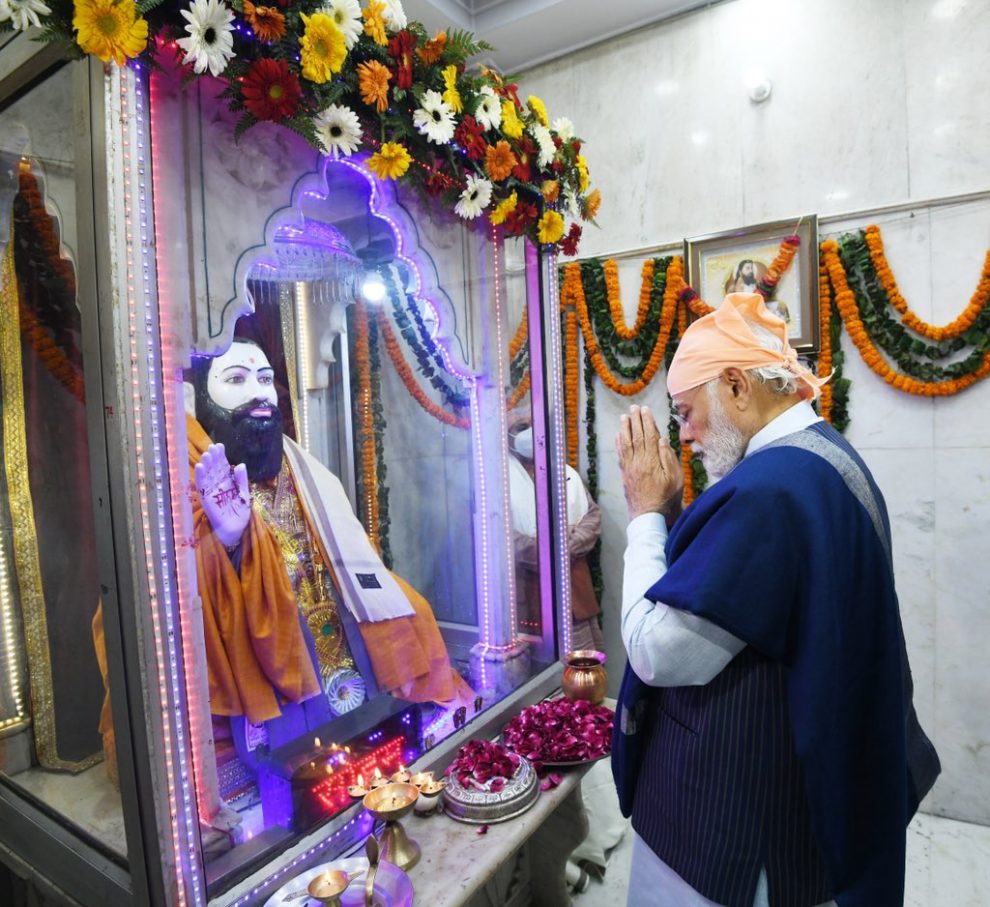 The mystic poet enjoys a nationwide following, especially among a section of the Dalits.

Earlier on Tuesday, Modi hailed Guru Ravidas, saying he dedicated his life to eliminating evil practices such as casteism and untouchability. The prime minister had said he would offers prayers for people’s welfare at the temple.

Modi further said his government has imbibed the spirit of Guru Ravidas in every step and scheme.