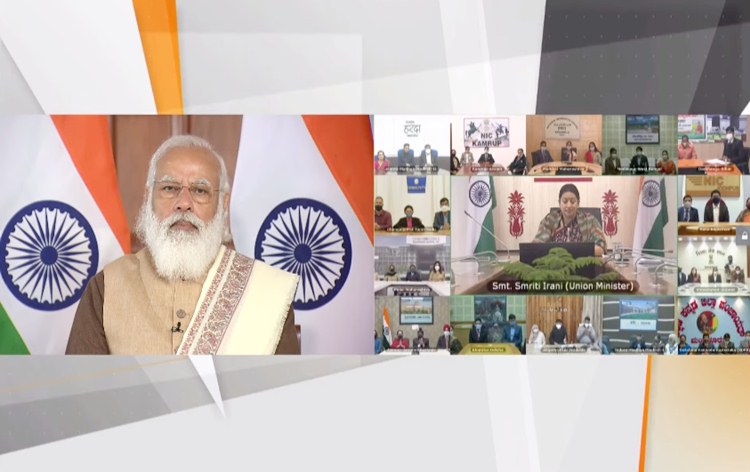 Prime Minister Narendra Modi lauded the extraordinary talent displayed by Pradhan Mantri Rashtriya Bal Puraskar awardees as they have achieved this during the tough times of COVID.

Interacting with the young awardees today, Prime Minister said the award is an example of how big and effective results can come from small ideas when they are associated with right actions.

Mr. Modi asserted that the success of the awardee kids has inspired many people. He said, other children in the country, who are watching and listening to the Bal Puraskar awardees today will also get inspired by their success stories.

Prime Minister said that when you work for the country, its magnitude increases in size. He said, it also changes the way of thinking which gets equally magnified. Mr. Modi said that the achievements should come with enhanced modesty and winners should never get complacent about their achievements.

This year 32 children have been awarded the Pradhan Mantri Rashtriya Bal Puraskar 2021 for their exceptional abilities and outstanding accomplishments, in the diverse fields of innovation, scholastics, sports, arts & culture, social service and bravery.

The awardee children are from 32 districts of 21 states and UTs. Seven awards have been given in the field of art and culture, nine for innovation and five for scholastic achievements. Seven children have won in sports category, three for bravery and one child has been honoured for her efforts in the field of social service.