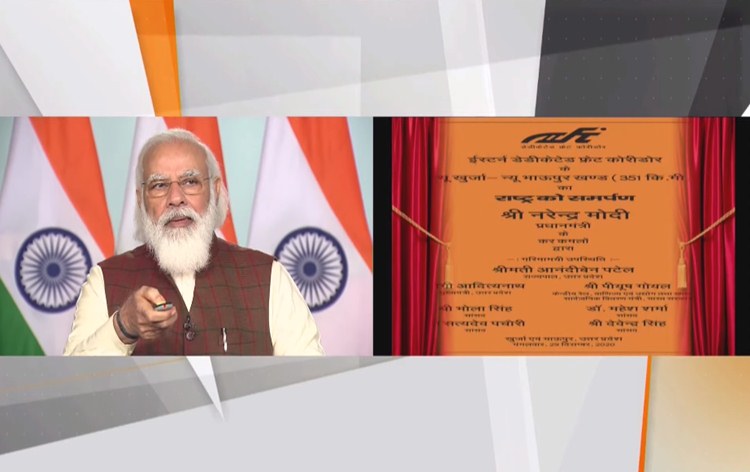 The 351-kilometre New Bhaupur- New Khurja section of EDFC is situated in Uttar Pradesh and is built at a cost of Rs. 5,750 crore.

The section will decongest the existing Kanpur-Delhi main line and will enable Indian Railways to run faster trains.

Chief Minister Yogi Aditynath said that the New Bhaupur-New Khurja section of Eastern Dedicated Freight Corridor is very important for us as most of it passes through the state and it will create a new environment for development.

He said that earlier good trains were running around speed of 25 kilometer per hour in these tracks but now the speed will increase manifold.

AIR Lucknow correspondent reports that The Eastern Dedicated Freight Corridor will help a lot to the farmers and industries of the state.

The section will open new vistas of opportunity for the local industries such as aluminium industry in Kanpur Dehat district, dairy sector in Auraiya, textile production in Etawah, glassware industry in Firozabad and locks and hardware in Aligarh district.

This will act as the command centre for the entire route length of the EDFC.

The Centre is one of the largest structures of its type globally, with modern interiors, ergonomic design and best-in-class acoustics.