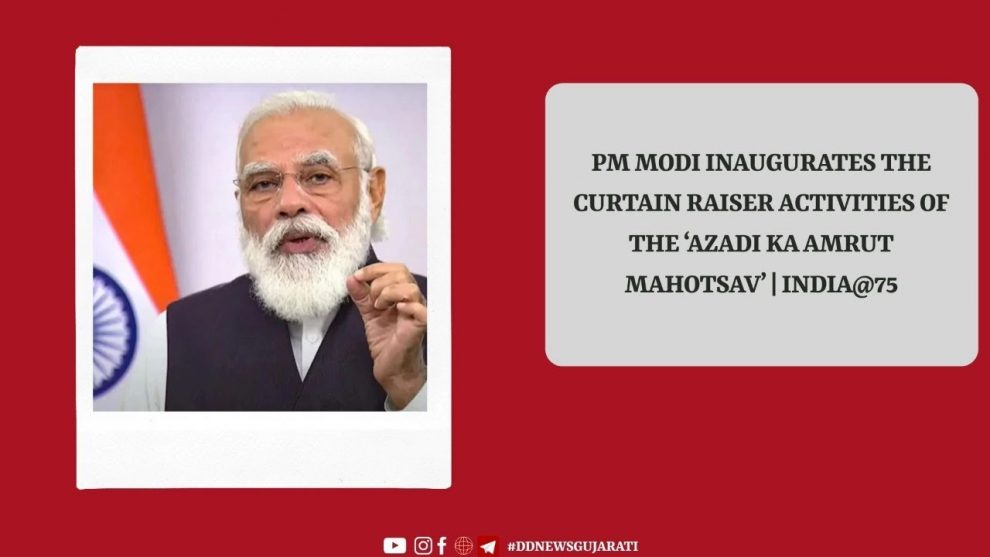 The Prime Minister paid floral tributes to Mahatma Gandhi and also registered his comments on the visitor’s book.

Prime Minister is inaugurating  the curtain-raiser activities of ‘Azadi ka Amrut Mahotsav’ and flagging  off a Padyatra from Sabarmati Ashram.

The Mahotsav is a series of events being organised by the Government to commemorate the 75th Anniversary of India’s Independence. It will be celebrated as a Jan-Utsav in the spirit of Jan-Bhagidari. The curtain raiser activities are beginning from today, 75 weeks prior to 15th August 2022.

The Padyatra will be undertaken by 81 marchers from Sabarmati Ashram in Ahmedabad to Dandi in Navsari, a journey of 241 miles that will end on 5th of April, lasting for 25 days. The Freedom March will be joined by different groups of people on the way to Dandi. Culture Minister Prahlad Singh Patel will lead the first lap of 75 kilometers of the padyatra. During the march, the Culture Minister will stay overnight with the Padyatris at the place of night halt and the Padyatra will start from the same place the next day.

The day also marks the historic salt march of Mahatma Gandhi. It was on 12th of March in 1930 that Gandhiji began the Dandi March from Sabarmati Ashram against the Salt Laws along with 81 padyatris.

A National Implementation Committee headed by the Home Minister has been constituted to chalk out policies and planning of various events to be undertaken under the Commemoration.

State and Union Territories Governments are also organizing programs all over the country today. In addition to these programs, the Archaeological Survey of India and Zonal Cultural Centres under the Ministry of Culture, Ministry of Youth Affairs and TRIFED have planned various activities to mark the occasion.