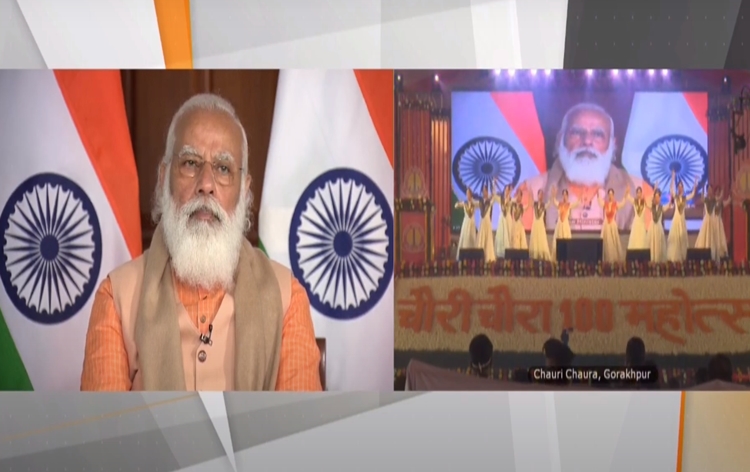 Prime Minister Narendra Modi said that Chauri Chaura incident was not a single incident of setting fire to a Police Station, but it was the collective manifestation of the angst against the British rule. Mr Modi said that martyrs of Chauri Chaura may not have been given the desired place in history, but their sacrifice is immortal. Inaugurating the Chauri Chaura Centenary celebrations in Gorakhpur in Uttar Pradesh, Mr Modi said that we are entering into 75 years of our freedom and this centenary is an occasion to pay homage to our great freedom fighters.

The Prime Minister also released a postal stamp dedicated to the Chauri Chaura Centenary. The day marks the 100 years of historic Chauri Chaura incident in our freedom struggle.

With this, year-long celebrations have begun in Uttar Pradesh. Various programs will be held at memorials of our great freedom fighters. Essay writing, debates and other competitions will be held across the state. Various government departments will use the logo of the Chauri Chaura Centenary for all correspondences. In a novel initiative, students of government and govt-aided schools of Gorakhpur Division will be taken on a tour of the Chauri Chaura martyrium and other memorial sites.

The State Government has also launched a dedicated website Chaurichaura100.com to sensitize the young generation about the sacrifices of our great freedom fighters. The Chief Minister has ordered to include the historical event in the State Board curriculum.