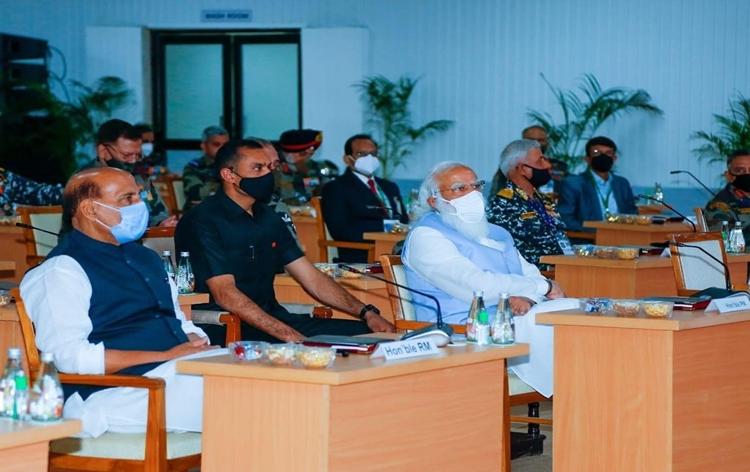 Prime Minister Narendra Modi chaired the Valedictory Session of the Combined Commanders’ Conference at the Statue of Unity in Kevadia, Gujarat today.

AIR correspondent reports that during the three-day conference, Defence Minister Rajnath Singh, the military commanders and a team of Secretary-level officers from the Ministry of Defence participated in deliberations. Official sources said, Jawans and Junior Commissioned Officers also participated in the conference for the first time.

The Combined Commanders’ Conference, which is a premier brainstorming event of the military officials, is taking place after three years.

According to the sources, the scope of this year’s conference was expanded to make it a multi-layered, interactive, informal and informed event with the added participation of about 30 officers and soldiers of various ranks from the three services.