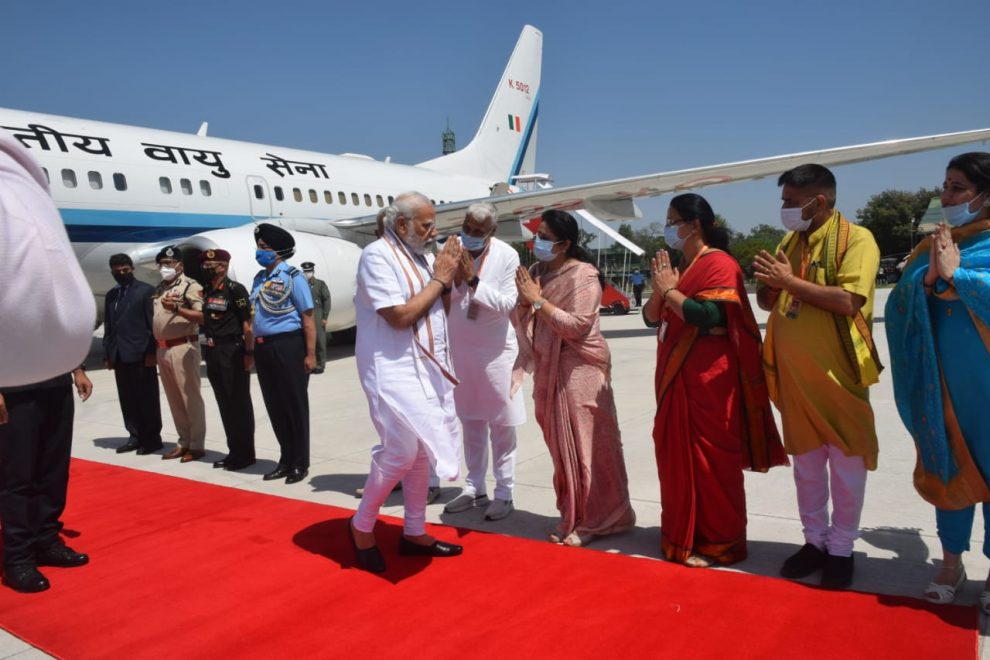 Jammu: Amid multi-tier security, Prime Minister Narendra Modi on Sunday will dedicate India’s first ‘carbon neutral panchayat’ to the nation apart from inaugurating and laying foundation stone of development projects worth over Rs 20,000 crore to give fillip to speedy development of Jammu and Kashmir.
A red alert has already been sounded in the Union Territory following the encounter on Friday near Sunjwan Army camp on the outskirts of the city which averted a major attack with the gunning down of both the terrorists armed with suicide vests and large quantity of arms and ammunition.

Barely hours before his arrival in Palli hamlet, a blast took place in agriculture field, some kilometres away from the venue triggering concern in the security establishment. However, the police suspected that the blast was caused by a lightning strike or a meteorite.

Modi is arriving here to participate in the celebration for the National Panchayati Raj Day and address ‘Gram Sabhas’ across the country. He will also visit Palli Panchayat in Samba district.

The residents of Palli are awaiting arrival of the PM as they are upbeat over Modi’s visit to their village, which is set to become the first carbon-free solar panchayat.

From the macadamised roads to the recently launched electric bus service, the village located just 17 kilometer from the winter capital Jammu is witnessing a major transformation with an upgraded Panchayat Ghar, renovated government high school building, a new pond and improved playfields and the 500 KV solar plant installed in a record time of nearly three weeks.

Seeking to develop and rejuvenate 75 water bodies in every district of the country, the prime minister will launch a new initiative named ‘Amrit Sarovar’.

“The government has been focussed on bringing about wide ranging reforms to substantially improve governance and enhance ease of living for the people of the region at an unprecedented pace following the constitutional reforms of August 2019, a reference to the abrogation of Article 370 and making the erstwhile state into a union territory”, the PMO had said.

Modi will inaugurate the Banihal-Qazigund road tunnel, built at a cost of over Rs 3,100 crore. The 8.45-km-long tunnel will reduce the road distance between Banihal and Qazigund by 16 km, and reduce journey time by around one and a half hours.

He will also lay the foundation stone of three road packages of the Delhi-Amritsar-Katra Expressway, being built at a cost of over Rs 7,500 crore.

In order to further expand the network of Jan Aushadi Kendras’ in Jammu and Kashmir, and to make good quality generic medicines at affordable prices available, 100 centres will be inaugurated by Prime Minister Modi.

Modi will also inaugurate a 500 KW solar power plant at Palli, which will make it the country’s first panchayat to become carbon neutral, the PMO said.

During his visit, he will also hand over SVAMITVA’ (survey of villages and mapping with improvised technology in village areas) cards to beneficiaries under the scheme. The cards will give villagers documentary proof of their ownership of properties so that they can use them for financial benefits if required.

He will also transfer award money to panchayats which are winners of awards given across different categories. The PMO noted that the Amrit Sarovar’ project is part of the celebration of the Azadi ka Amrit Mahotsav’.