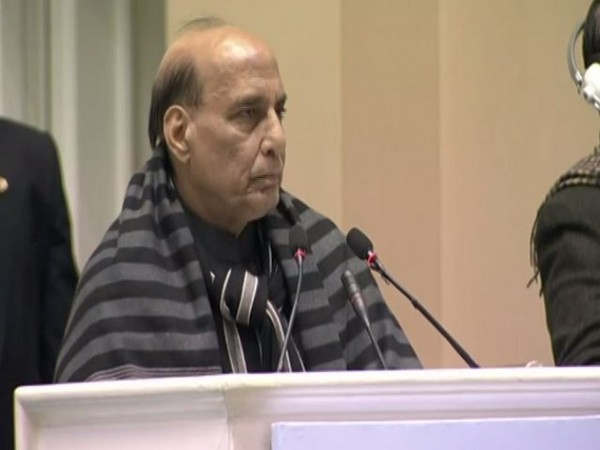 Defence Minister Rajnath Singh on Wednesday lauded Prime Minister Narendra Modi and said whatever he has pledged to do, it has always been accomplished.Addressing a gathering here at the launch of Atal Bhujal Yojana on the birth anniversary of former Prime Minister Atal Bihari Vajpayee, Singh recalled efforts of the late leader for getting Rohtang tunnel constructed.

Singh said of all the ministers in the union cabinet, he has known Prime Minister for the longest period.”The biggest quality is whatever Prime Minister has pledged to do, it has always been accomplished,” Singh said.He said Modi has taken the country forward in areas it had lagged behind.

Referring to the Rohtang Tunnel, the Defence Minister said that Vajpayee went to Lahaul-Spiti about 18 years back and was told about the benefits that would be reaped if such a tunnel is constructed.”He immediately gave directions for construction of Rohtang Tunnel. That tunnel is almost ready and I believe traffic there would start from August,” he said.

The Defence Minister also lauded the Border Road Organisation (BRO) for constructing the tunnel in less than the stipulated cost.”Under the supervision of the Prime Minister, the way this tunnel has been constructed…you would be happy to know that this tunnel has been constructed by BRO. Over Rs 4,000 crore was allocated for construction of tunnel but BRO has been able to complete the work in thousand crores less,” he said.

Singh said the tunnel was important from the perspective of national security too and the distance between Leh and Manali will get lesser by 46 km. The tunnel has been named after Vajpayee.The BJP leader termed the launch of Atal Bhujal Yojana and Atal Tunnel as a humble tribute to the late Prime Minister.