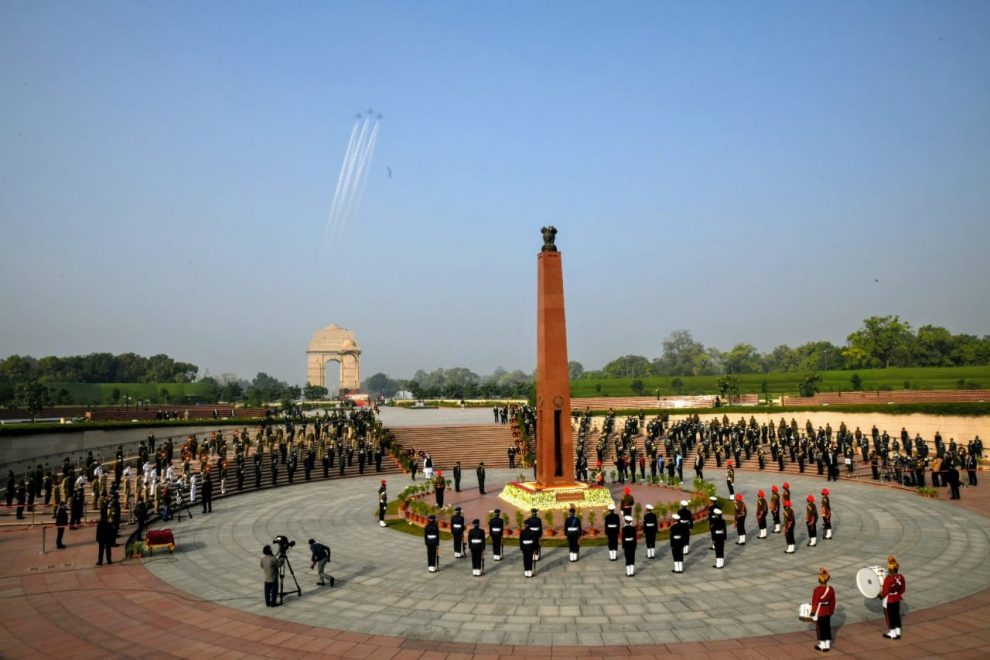 New Delhi: Prime Minister Narendra Modi on Wednesday lit the ‘Swarnim Vijay Mashaal’ from the eternal flame of the National War Memorial here, marking the beginning of the 50th anniversary year celebrations of India’s victory over Pakistan in 1971.

Modi was joined by Defence Minister Rajnath Singh, the chief of defence staff and tri-service chiefs as he laid wreath and paid homage to the soldiers who made the supreme sacrifice for the country.

Four victory mashaals (flaming torches) will be carried to various parts of India, including to the villages of Param Vir Chakra and Maha Vir Chakra awardees of the 1971 war, the defence ministry has said.

“Soil from the villages of these awardees and from areas where major battles were fought in 1971 are being brought to the National War Memorial (NWM),” it said.

India celebrates December 16 as Vijay Diwas to commemorate its victory over Pakistan during the 1971 war that led to the creation of Bangladesh.

As December 16 marks the anniversary of the military victory, the nation will celebrate ‘Swarnim Vijay Varsh’ (golden victory year) through several events across the country, and it will continue for a year.