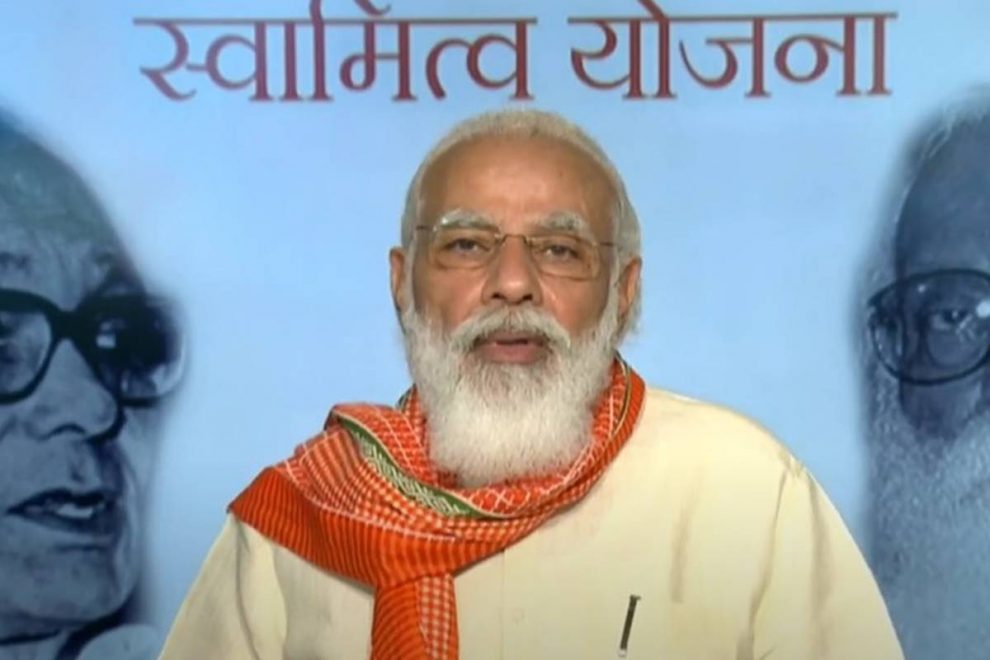 SRINAGAR, MAY 14:  Khurshid Ahmed Reshi, an organic farmer from Srinagar area today thanked Prime Minister Narendra Modi for his words of appreciation during an interaction at the release of 8th installment of financial benefit under Pradhan Mantri Kisan Samman Nidhi (PM-KISAN) scheme.

On the occasion, the PM released 8th installment of the financial benefit of Rs 19,000 crore to more than 9.5 crore farmers under PM-KISAN scheme via video conferencing.

Under the PM-KISAN Scheme, the government of India provides financial assistance of Rs 6,000 per year to farmers and the amount is payable in three equal installments of Rs. 2,000 each.

Post his interaction with PM, Khurshid said that he felt elated and the appreciation from the highest office of the country was very encouraging.

“The words of appreciation from PM Modi Ji gave me more confidence and I personally thank PM for the encouraging words for my work,” Khurshid maintained.

He observed that being highly educated (MA in English) didn’t discourage him to go for farming practice, but rather it motivated him for the same.

Three years ago, before turning to organic farming, Reshi was offering tuitions at a local private school, however, his interest and strengths were lying in something else.

He said he was always pondering that he was a misfit in the scheme of things and wanted to follow his heart and pursue something different.

“I have 26 Kanals of land, of which I do organic farming on 14 Kanals and on rest I grow paddy. The traditional growing of vegetables was not paying many dividends, so I approached Agriculture Department Kashmir, which trained and guided me in organic farming,” recalled Khurshid and added that he now dedicates himself to his farm only.

“It occurred to my mind that why shouldn’t I go for farming, and subsequently, with the help of Agriculture Department, I started growing exotic vegetables in my farm like capsicum, brinjal, cucumber, green chillies, etc” he said.

The journey of his self-employment soon started when the Agriculture Department formed a cluster of 30 farmers through Farmer Producer Organization where the department facilitates organic farmers like him to sell their produce at Srinagar’s Lal Mandi which eventually fetch them handsome returns.

Khurshid like many educated farmers are the inspiration for thousands of educated unemployed youth who can dedicate themselves and ultimately become a small but important part in employment generation.

He also urged the educated unemployed youth of Jammu and Kashmir to come forward and take maximum benefits from the schemes like PM-KISAN and be an employment generator instead of job seeker.