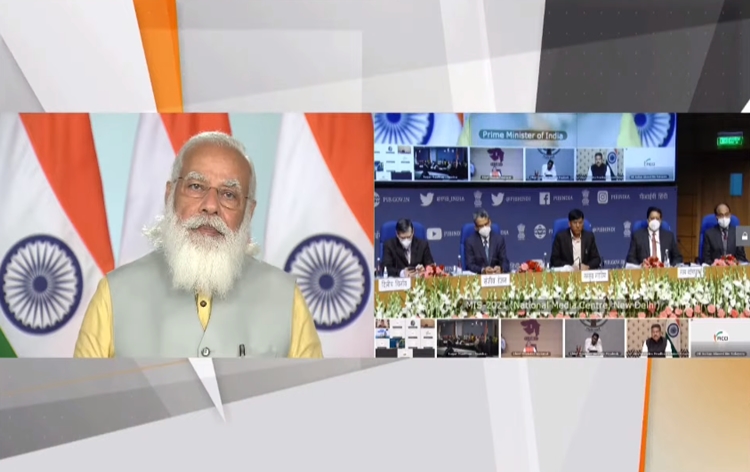 Prime Minister Narendra Modi has said that India is very serious about growing in the maritime sector and emerging as a leading blue economy of the world. He said, the country will achieve great success in boosting the maritime economy as India is a natural leader in this sector. He stressed that the government is emphasizing on creating a world class maritime infrastructure through various reforms.

While inaugurating the second edition of three day Maritime India Summit-2021 today, the Prime Minister said, these steps will achieve the vision of Atmanirbhar Bharat by focussing on the entire sector as one instead of piecemeal approach. He said the government has taken various steps for improving the maritime sector by increasing investments in the port sector.

Highlighting the importance of maritime sector in the development of economy, Mr. Modi said, these steps are aimed at integrating ports with coastal economic zones, creating ports based smart cities and promoting global manufacturing activities near ports. He said, the government has prepared a list of more than 400 investable projects which have investment potential of 31 billion dollars. He added that more than 574 projects worth of 82 billion dollars have been identified for implementation under the Sagarmala project. He said, holistic development of island infrastructure and ecosystem has been initiated and the government is laying emphasis on use of renewal energy on major ports. He said, the government is investing in waterways in a way that was never seen before. He said, capacities of major ports have been doubled in the past six years which helped in developing the economy by making Indian products more competitive. He said, the government is aiming to operationalise 23 waterways by the year 2030 and Indian ports have reduced waiting time for inbound and outbound cargo. He said, a programme has been drawn up for development of tourism in the land adjacent to 78 lighthouses.

The Prime Minister invited the world and the private sector to come forward to invest in ports. He said, the government is focusing on domestic ship building and is open to learn global best practices.

Earlier, Mr. Modi launched the ebook Maritime India Vision 2030 which identifies key growth areas for the development of the maritime sector. He also launched the Sagar Manthan Mercantile Marine Domestic Centre which is an information system for enhancing maritime safety, search and rescue capabilities and protection of marine environment.