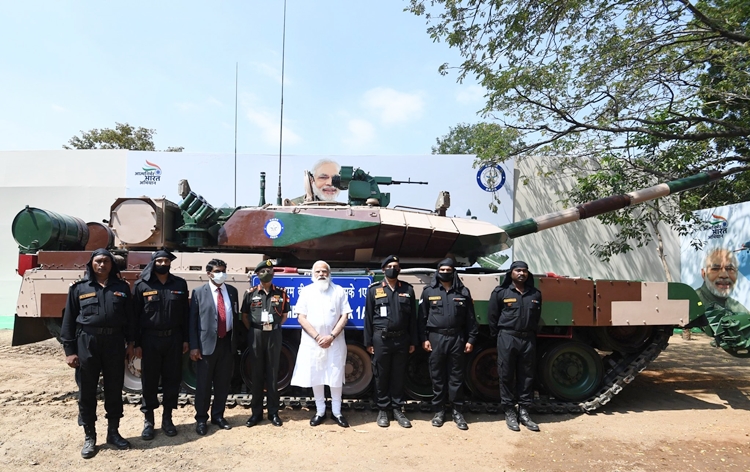 The Prime Minister said India has undertaken  massive effort to become self-reliant in the defence sector. The Prime Minister also handed over the indigenously designed and manufactured Arjun Main Battle Tank (MK-1A) to the Army. It has been indigenously designed and manufactured by the Combat Vehicles Research and Development Establishment of Defence Research and Development Organisation.

Prime Minister said, a tank made in Tamil Nadu will be used in our northern borders to keep the nation safe. This showcases India’s unity- Bharat’s Ekta Darshan”. The Prime Minister said that the focus on making India Aatmanirbhar in the defence sector will keep moving at full speed.

Among the projects, the Prime Minister inaugurated the Chennai Metro Rail Phase-I extension, completed at a cost of 3770 crore rupees, and flagged off the passenger services from Washermenpet to Wimco Nagar. This 9.05 km long extension will link North Chennai with the Airport and Central Railway Station.

Other projects inaugurated yesterday include, fourth Railway line between Chennai Beach and Attipattu, Railway Electrification of single line section in Villupuram – Cuddalore – Mayiladuthurai – Thanjavur and Mayiladuthurai-Thiruvarur. The Prime Minister laid the foundation stone for the Discovery Campus of IIT Madras.

The Dispatch is present across a number of social media platforms. Subscribe to our YouTube channel for exciting videos; join us on Facebook, Intagram and Twitter for quick updates and discussions. We are also available on the Telegram. Follow us on Pinterest for thousands of pictures and graphics. We care to respond to text messages on WhatsApp at 8082480136 [No calls accepted]. To contribute an article or pitch a story idea, write to us at [email protected]dispatch.in |Click to know more about The Dispatch, our standards and policies