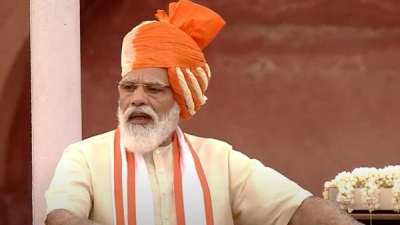 Prime Minister Narendra Modi had contributed Rs 2.25 lakh towards the initial corpus of PM CARES Fund when it was set up on March 27 following the Covid-19 outbreak, senior government officials have said, amid demands that names of all the donors to the fund be revealed for transparency.

Officials also listed other charitable contributions made by the Prime Minister, including a donation of Rs 21 lakh from his personal savings for the welfare of sanitation workers of Kumbh Mela in 2019, and the entire sum of Rs 1.3 crore he received with the Seoul Peace Prize in South Korea for the Namami Gange project.

He then wrote to the finance minister saying the tax exemption given for this prize money should be withdrawn, they said.

Officials said all the money that has been raised from auction of gifts and mementoes received by Modi as PM also went to the Namami Gange Mission. This included Rs 3.4 crore collected from a recent auction and Rs 8.35 crore in an auction held at Surat of gifts received by the PM till 2015. While demitting office in 2014 as Gujarat CM, Modi had donated Rs 21 lakh from personal savings for educating daughters of state government staff.

Modi had raised Rs 89.96 crore by auctioning all gifts he received as Gujarat CM and he donated this to the Kanya Kelavani Fund, which spent the money on the education of girls, said officials.