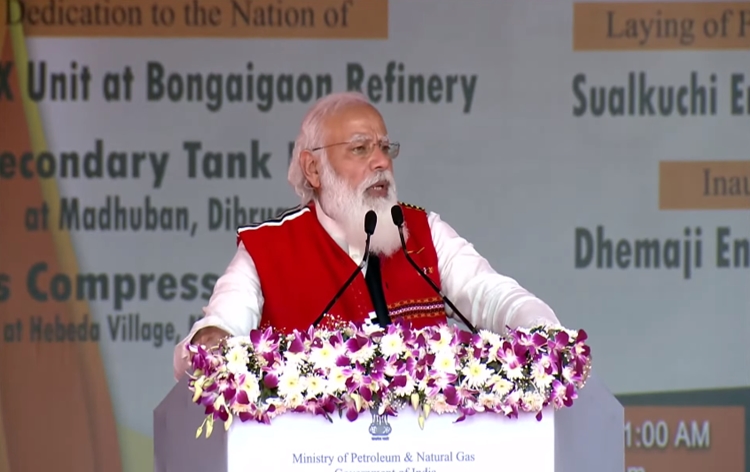 Prime Minister Narendra Modi has said Centre & Assam government are working together to develop infrastructure in the state, dedicating important Projects of the Oil and Gas Sector to the Nation in an event Organized at Silapathar in Dhemaji District  the Prime Minister said despite the State having great potential, former govts gave it ‘sautela’ treatment by overlooking development in various sectors.

Prime minister in his address said that these projects will generate employment opportunities for the youth of Assam. He said ujjwala scheme in Assam is almost successful, the tea, tourism, handloom, handicraft sector of  Assam will make  Atmanirbhar Assam a success.