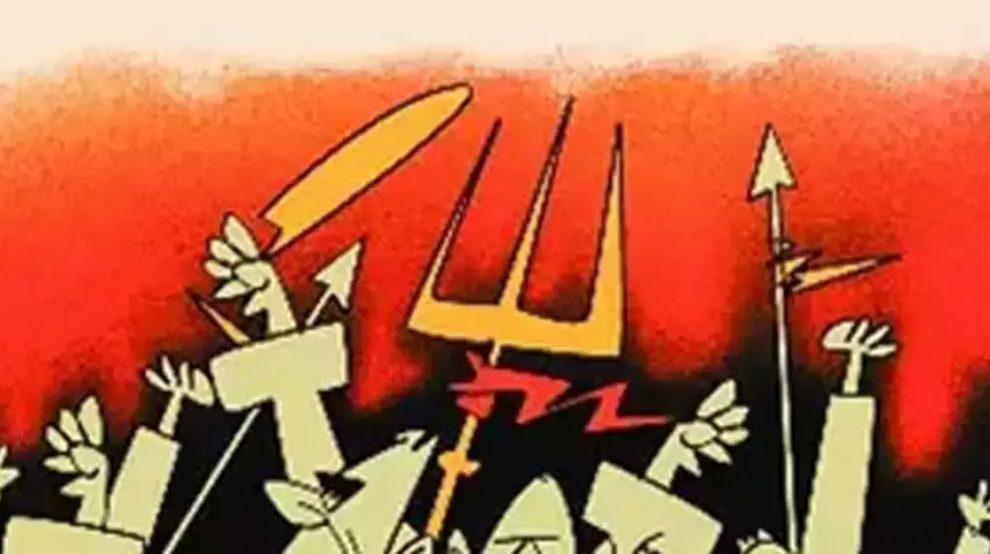 Communalism continues to grow and grow fast. Mr. Charan Singh’s timely alert against disaster has made thinking people a sit up. But the drift towards the brink continues, as in a Greed tragedy. Most leaders still swear by secularism and the liberal ethos of India as represented by Gandhi and Nehru. The reality on the ground, however, is vastly different. More and more publicmen today are talking the language of communalism. Indeed, it is becoming fashionable to champion the cause of one community or another unabashedly — as in the pre-independence days of reckless communalism. Even as some Sikhs and extremists have raised the banner of Khalistan, Muslim leaders have come forward with demands couched in dangerous separatist idiom. Unfortunately, all this is provoking a reaction among the Hindus, who constitute the country’s overwhelming but largely silent majority. Even liberals among the Hindus are beginning to assert that the Hindus must be allowed to come into their own after a thousand years of foreign domination — and India declared Hindu Rashtra.

Not many seem to be adequately aware of all that communalists are busy doing and the way the basic concept of a secular state and secularism is being distorted and destroyed. For instance, few know that, so to say, a “mini Pakistan” in the shape of a Muslim majority district was carved out in secular India 22 years after independence. This happened in Kerala where the then CPM-CPI coalition Government, headed by Mr EMS Namboodripad, agreed to form Malapuram district on the basis of religion as a price for the support of the Muslim League. (Earlier in 1961, Nehru and the Congress Party, then headed by Mrs. Gandhi, set aside its anti-communal approach to form a Government with the Muslim League, overruling strong Opposition from its “Ginger Group”. Nehru and Mrs. Gandhi then argued that the League in Kerala was different from Jinnah’s League in the north.) What is worse, matters did not end there. Kerala today appears to be poised again to carve out another Muslim majority district — this time with Kasargode as its headquarter.

The demand for the second Muslim-majority district has been put forward again by the State’s Muslim leaders under the banner of the Indian Union Muslim League in a memorandum presented to Kerala’s Congress-I coalition Government, led by Mr. K. Karunakaran. The memorandum, which was significantly handed in on the eve of the last budget session on February 4, also demanded representation for the Muslims in the Public Service Commission (a Muslim incumbent had retired) and the High Court and reservation for them in government jobs. The last demand was considered and turned down on an earlier occasion. But the League decided to press for it again and, specifically, asked for a Commission to take another look at communal reservations in government jobs. The Congress-I was disinclined to accept the demand. But it was left with little choice but to concede it, thanks to the arithmetic of the coalition Government. The Indian Union Muslim League is the second largest constituent of the ruling front with 14 MLAs.

Communalism in Kerala has received fresh encouragement from the decision. The Kerala Congress (Joseph Group) has now demanded another district with Muvattupuzha as headquarters. This district is intended to have a Christian majority. Centrifugal tendencies have also extended to politics. The Harijans in the State have recently decided to establish a party of their own although they have picked a non-communal name: Indian Labour Party. The State has already two parties representing the other Hindu communities – National Democratic Party of the Nairs and the Socialist Republican Party of the Ezhavas. The Muslims have split further. The original Muslim League broke up into Muslim League and Indian Union Muslim League some time back. Now the Sunni Muslims have formed their own Muslim Democratic Party as part of a new culture in which every group wants to get the maximum for itself from the Government, irrespective of its impact on the State and its coffers — and on India’s body politic.

The League has now directed its attention to the Centre and started talking stridently in communal terms, encouraged no doubt by a memorandum submitted to the Prime Minister by Janata, Congress-I and other Muslim MPs. It submitted to the Home Minister, Mr. P.C. Sethi, recently a memorandum which proposes a number of “operative programmes” to alleviate the “unenviable” lot of the Muslim community. Among other things, it has proposed that “jobs should be reserved for the Muslims in the Central and State services, including the public sector undertakings in proportion to their population”. The Muslims, the memorandum adds, should be “given reservation as is done by the Kerala Government”. This, the League feels, is necessary since “mere circulars sent by the Centre to the States to ensure fair participation to Muslims in services has failed to evoke any positive response”. (The memorandum, it is stated, was presented to Mr. Sethi before the Prime Minister’s directive of May 12 to the Central and State Ministries to show special consideration to the minorities.)

Interestingly, the League virtually questions India’s claim to being a secular state and points out: “The position of minorities in all walks of life is the best yardstick to measure any commitment to secular character of the State. When this yardstick is applied, a grim picture emerges with respect of Muslims of India. Not only is the position grim, but is steadily deteriorating with the passage of time…” it also directs attention to the economic aspect and says: “The Muslims constitute the second largest religious denomination in India and yet there is a total lack of official data regarding their employment status and similar socio-economic factors… This lack of official data is another evidence of callousness and apathy on the part of successive Governments to improve the lot of Muslims”. It recalls that even the Government of India resolution appointing the Minorities Commission in 1978 conceded that “despite the safeguards provided in the Constitution and the laws in force there persists among the minorities a feeling of inequality and discrimination”.

Equally of interest is the League’s suggestion that the present system of voting should be replaced by the more modern system of proportional representation. (According to one Muslim leader, this will enable the community to play a more decisive role in elections.) Other suggestions, which also deserve to be recounted, area: restructuring of the police force to remedy its “partisan attitude” and curb “anti-Muslim violence”, ban on all anti-minority, para-military and extremist organizations like the RSS and the Vishwa Hindu Parishad, establishment of a Minority Economic Development Corporation to actively aid the Muslims in economic development, fair representation on Public Service Commissions and boards of nationalized banks, insurance companies and public undertakings, liberal aid to Muslim educational institutuions and establishment of an Urdu University. Further, grant of constitutional status to the Minorities Commission and power under the Commissions of Inquiries Act; No interference with the personal law of the Muslims and deletion of Article 44 of the Constitution providing for a uniform civil code for all citizens.

On May 21, the League and its many silent supporters, including Congress-I MPs and persons in high places, seemed to have won a major victory in New Delhi close on the heels of the Prime Minister’s directive to all the Central Ministries and the States. The Home Minister was reported to have stated at Indore that “the Government proposes to fix a quota for minority communities in Government services”. Mercifully, the statement was denied three days later and Mr. Sethi’s remarks clarified. The Home Minister, it was explained, had only stated that “the Government was very keen to ensure the increasing representation of minorities in Government services”. But basic issues arise. How is the Government going to “ensure” special consideration to and increasing representation of the minorities in government services and public sector undertakings? More important, is it the responsibility of the Government in a secular state to be concerned with ensuring favoured treatment and jobs for any community? Is the League justified in claiming that the “test of a secular state lies in how it treats the minorities?

Secularism is not a particularly happy expression to describe what free India stands for. Nehru himself told Parliament in 1950 that he “disliked” the word. (Secular, according to Chambers means “civil not ecclesiastical; lay not concerned with religion”.) He, therefore, took the earliest opportunity to explain that a secular India did not mean a country without religion. It only ensured an institutional separation of the state from religion — and a balanced approach to all faiths. Yet the scope and content of secularism continues to be misunderstood and misinterpreted. In fact, our secularism has evolved an Indian connotation over the years and its own yardstick, an opinion shared by several leading Indians, who are acknowledged to be secular and hold top positions. A Hindu today is by and large accepted as secular only if he is pro-Muslims and favours Christians and other minorities. He is acknowledged to be “genuinely secular” if he is also critical of Hinduism and those who proudly proclaim themselves as Hindus. Speak of Muslim or Sikh communalism, for instance, and you are promptly denounced as a Hindu chauvinist, if not worse.

Many things require to be done to set matters right. For one thing, we need to move from pseudo to genuine secularism. There is no scope in it for job reservations, as demanded by the League. Such a demand is only a step away from the logic of separate electorate, which led to India’s partition. Equally, there is no scope under it for the state to be either pro-majority or pro-minority community. For another, our top leaders and others must stop playing the communal card. Poll campaigning in Jammu and Kashmir has given an ugly thrust to communalism. This strategic area has got polarized along communal lines as never before. Communalism has already taken a heavy toll in Punjab and Assam and there is little hope of improving matters until this is ended. (The basic issue in Assam is not Hindus versus Muslims but Assamese versus foreigners.) Muslim, Sikh or Christian communalism is as bad as Hindu communalism — and deserves to be condemned equally. Either we are secular or we are not. We must desist from playing with communal fire.

Round the States
The US-ASEAN Summit: Why China is anxious
Comment