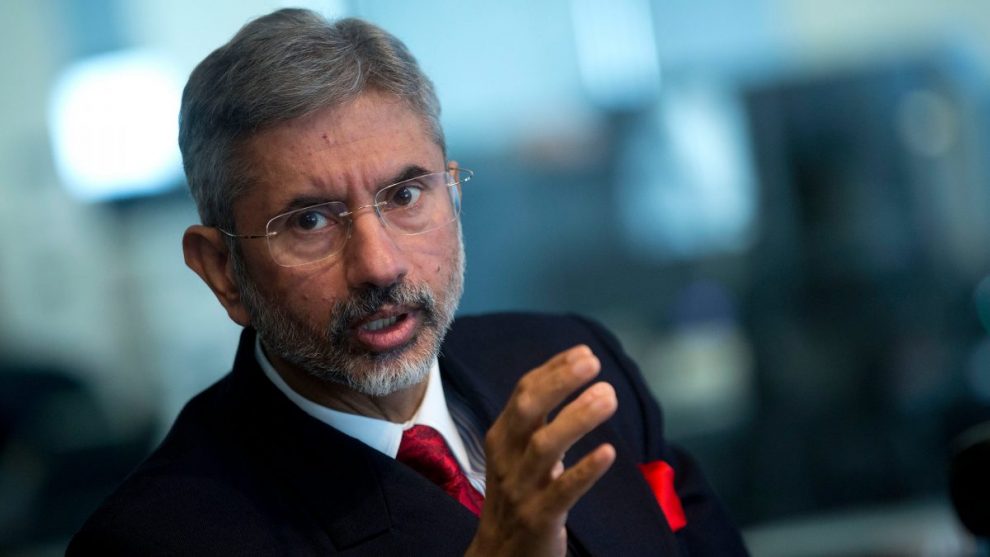 External Affairs Minister S Jaishankar has announced a visit to Tehran for the swearing-in ceremony of the newly-elected President Raisi. In addition to being a usual diplomatic protocol, the visit raises expectation of New Delhi playing a moderating and balancing role in the US and Iran relationship. Can New Delhi meet those expectations, at least of Iran? Will it help India’s foreign policy?

Iranian Ambassador to New Delhi Ali Chegini said they would welcome any initiative in de-escalation of tension between Washington and Tehran. He hailed New Delhi for being an advocate of peace in the world and feels that India could contribute to normalisation of relations between them and the Americans. The relationship between two countries hit rock bottom with the assassination of General Qaseem Solemani by the US and Iran’s counter attack.

Admittedly, the perception of India as a balancer stems from its policy of non-alignment followed since the first government led by Jawaharlal Nehru. I have long argued that such policy was untenable and unproductive pan India. Not only that New Delhi could not maintain its non-aligned position when its security became perilous in 1971, and New Delhi signed a security treaty with the Soviet Union. The rest is history.

Admittedly, India has had deep historic ties with Iran and currently New Delhi is heavily dependent upon Washington for its external security. New Delhi would like to straddle upon two horses, but can it?

India depends upon Iran not just for oil. In 2016, when Narendra Modi visited Tehran both countries signed as many as 12 agreements including the critical one on building the Chabahar port, which was supposed to give access to India to the Central Asia via-Afghanistan by passing Pakistan territory. Chabahar is supposed to check Beijing’s growing influence in the Indian Ocean. The Gwadar port 100 kms away from Chabahar is under China’s control. The rail line developed beyond Chabahar will connect up to Afghanistan.

However, this crucial link has run into rough weather under the dramatic changes in the geo-politics of the region mainly, the explosive situation in Afghanistan post-American withdrawal.

In India-US-Iran relations, Pakistan is the elephant in the room. Although Pakistan and Iran are not in the best of terms because of Saudi Arabia dimension, and Pakistan is Sunni Islam whereas Iran is Shia country. Yet, Pakistan draws China into the equation for the regional hegemony of latter.

For Iran too India is quite important. To start with, India is a huge market for Iranian projects. Iran as an Islamic country with nuclear ambitions would like to have ties with the biggest democracy of the world. Keeping this mutual interest in mind, both countries had signed two major declarations–Tehran Declaration in 2001 and New Delhi Declaration in 2003. Before these declarations could be implemented, the Iranian nuclear controversy intensified.

There are three major issues that determine India-Iran relations. One is the development of Farzad B-Gas field in which ONGC was initially involved. India was supposed to take part in its development. Tehran decided to exclude India for some reason. The second is the railway line between Chabahar to Zahedan, the capital of Iran’s Baluchistan and Sistan province. This project too was withdrawn from India by Iran. Negotiations are apparently ongoing between the companies of the two countries.

The third element is the Chabahar port itself. Iran recently has opened it to other country including China. It has denied the strategic utility of the port and made it plainly commercial. This should alter the equation between India and Iran in view of the possible Chinese presence in the project.

Over all, India’s economic and strategic strength provides a limited role to play in the Middle-East. New Delhi is tilting towards the US and the West, but has not severed its old ties with Russia and even China.

Take for example, India buying S-400 missile system; even China, Turkey and Iran are a part of this defence system. How does this give any advantage to India? Secondly, if the Middle Eastern countries, like Iran. were to choose between India and China, they would rather go with the latter for its much stronger economy and the permanent membership of the UNSC.

The US has given a waiver from Chabahar and possibly for S-400 missiles too. But will India manage to keep the balance between two blocs? New Delhi has to weigh in Iran’s compulsions. It has traditionally leaned towards the west, but now it is veering around China. This change of sides may put India-Iran relations in an uncomfortable position. New Delhi has to either impress upon US to soften its posture on Iran, or choose sides as Tehran seems to do.

The other option is to go with Saudi Arabia than Iran. Although Saudi peninsula has sympathy for a fellow Sunni country like Pakistan, Saudi Arabia’s relations with US are stronger and durable. That will help New Delhi deepen contacts with Saudi Arabia. The hostility between Saudis and Iranians will force the former to remain tied with Americans.

New Delhi may not be able to take sides between US and Iran, but enhance its regional diplomacy to alienate Iran. There is a sizeable Shia population in India, which has sympathies for Iran but since Modi government is not dependent on Muslim votes, it is expected to take a foreign policy position disregarding the vote bank. In addition to Saudi Arabia, Israel is daggers drawn at Iran. The deep hostilities between two countries and US support for Israel would any day define US attitude towards Iran, which would be aggressive and non-conciliatory.

Iran has moved closer to China and Russia, the two countries leading the anti-American bloc. Russia has been supportive of Iran’s position in Syria. Russia condemned the attack on Suleimani by US and China was ever more vociferous.

With military advent rising. China is the biggest oil market for Iran, an arms supplier can be a top trade partner. Last December, Russia-China-Iran had a joint naval exercise in the Gulf of Oman. It was the first of its kind and was aimed at saying to the US that Iran was not alone.

Now, at the time of writing, Jaishankar would be attending the swearing-in ceremony of Ebrahim Raisi. He had met Raisi before he took office. In fact, he was the first foreign minister to do so. Apparently, Narendra Modi was inviting the new President to visit New Delhi.

While the warmth in diplomatic ties is exchanged, the geo-political relations in the region is undergoing rapid changes. The recent pact of 400 billion USD deals between China and Iran will provide access to China in the region. Against intense Iran-US rivalry, China backing up Iran will provide the latter with stability assurance. New Delhi cannot do much expect go with US and its allies like Israel and Saudi Arabia. There is not much room for New Delhi to manoeuvre. New Delhi should stop the balancing role and defend its national interest by making stronger partnership.