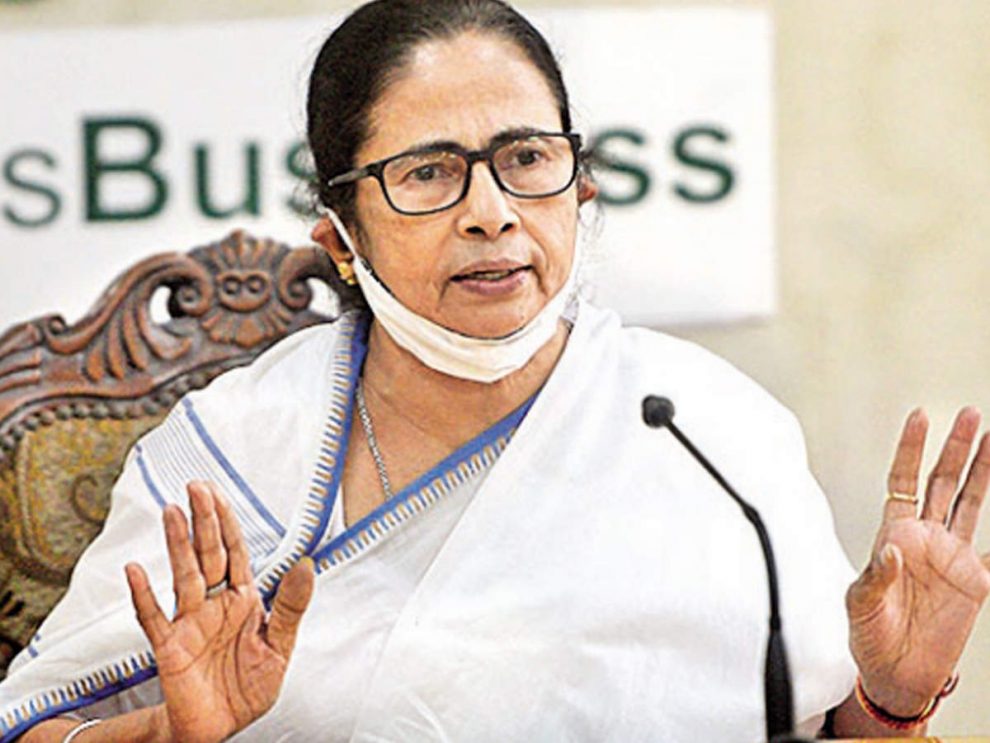 West Bengal Chief Minister Mamata Banerjee on Wednesday said there is a discussion about the on national television everyday, accusing the Home Minister’s office of hatching conspiracy to “defame” her government.

She further said that the state government is taking strong action against the fake vaccine scam.

“Every day there is a discussion about West Bengal on national TV, BJP is dictating TV and they are giving misinformation. They want to defame us. It’s a planted game from Home Minister’s office, I am sure about it,” she said.

The Chief Minister further said that states that are smaller than West Bengal have got more vaccine doses.

“We got 1.99 crore vaccine doses and we have administered 1.90 crore doses. Today we don’t have vaccines so we are giving only second dose in Kolkata,” she said.

Banerjee’s outburst against the Centre came hours after the Union Health Ministry asked her government to inquire into instances of COVID-19 vaccination camps being organised allegedly by unauthorised people in some areas of Kolkata and submit a report in the next two days.

Bhushan referred to a letter written to Union Health Minister Harsh Vardhan by Suvendu Adhikari, Leader of Opposition in West Bengal, on June 25 in which attention has been drawn to the instances of COVID-19 vaccination camps being organised allegedly by unauthorised people.

It is also pointed out that in some of these camps, and notably in Kasba locality of Kolkata Municipal area, none of the beneficiaries have received any vaccination certificates generated from Co-WIN, giving rise to apprehensions about the genuineness of these vaccination camps, Bhushan said in his letter.