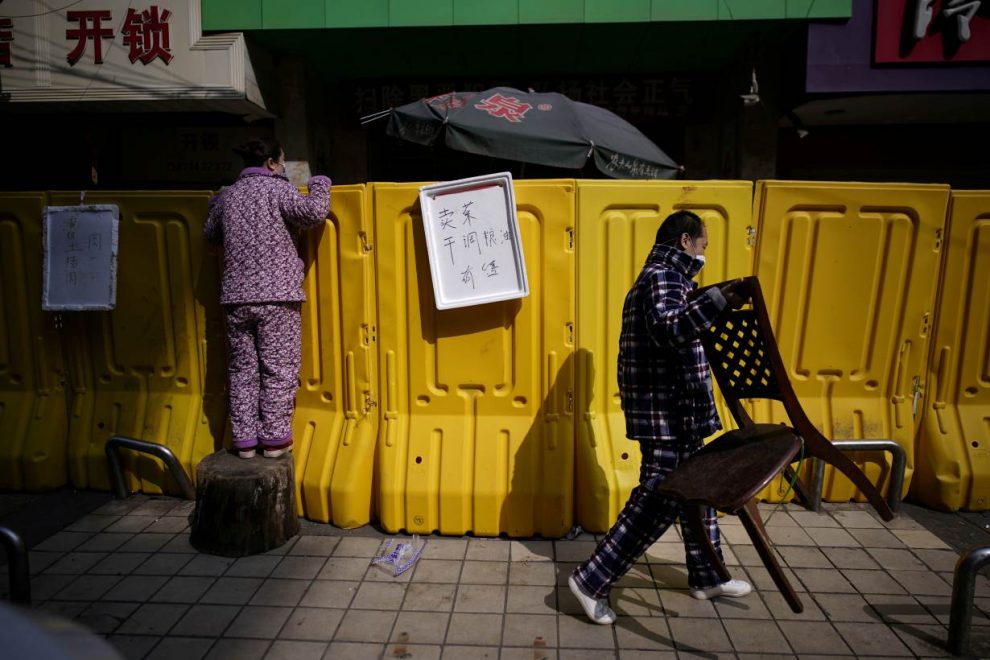 LONDON: When the coronavirus pandemic hit early this year and countries began competing for a limited global supply of medical masks and other protective equipment, Finland didn’t join the hunt.

Instead it turned to its national stockpile of medical gear and food, which it had developed during the Cold War era and maintained with an annual budget, even as Scandinavian neighbours like Sweden had dismantled their stores to cut costs.

“Finland could just open its closet and supply all the hospitals – and Sweden was chasing (equipment) on the market,” said Johan Rockstrom, Swedish co-director of the Potsdam Institute for Climate Impact Research, based in Germany.

As the world faces increasingly frequent and severe shocks – from the COVID-19 pandemic to extreme weather linked to climate change – it will need to re-evaluate its priorities, from a focus on efficiency to the value of interconnectedness, he said.

That might extend as far as fundamentally rethinking how key planetary life-support systems – such as the fast-disappearing Amazon rainforest – are governed as a global resource, said Rockstrom, an earth scientist and leading thinker on resilience.

“If the Amazon rainforest crashes, we will lose jobs in Germany,” he said.

“It will create so much havoc in the climate system” as temperature increases accelerate and rainfall shifts, he warned.

“When something unacceptable happens in one corner of the planet, it sends invoices across the whole world,” he added.

“We cannot allow wet markets that lead to zoonotic mutations and, in the same way, we cannot allow the West Antarctic ice sheet to collapse”, raising sea level an estimated 3.3 metres (10 feet) globally, he said.

Harnessing a growing ability to digitally monitor what is happening around the world minute-to-minute – using everything from satellite data to mobile-phone tracking systems – could help provide earlier warnings and greater protection for threatened systems, he said.

“The next Wuhan” – the Chinese city where the coronavirus pandemic emerged – “should be detected much earlier”, he said, noting that the global damage caused by the virus “is exactly what can happen” if the Amazon disappears, driving catastrophic climate change.

To cope with a growing range of threats, human systems need to become more like healthy natural systems – diverse and with plenty of duplication, he told the Thomson Reuters Foundation in a telephone interview.

In nature, when a fire, drought or disease hits, temporarily or permanently wiping out one plant or pollinator, others usually can take its place, Rockstrom said.

“Ecological diversity is a way of reducing risks,” he said. “If you want to recover in a resilient way after COVID-19, you likely want to invest in diversity”.

That could mean, for instance, growing a wider variety of food crops, rather than the current few strains of rice, maize, wheat and soy, to ensure a crop pandemic that hits one variety does not wipe out too much of the global food supply.

The same principle could also be applied to ways people make a living – particularly where options today are scarce – and to how they source reliable information, he said.

“If you have more shocks like that, you want to invest in a certain degree of redundancy – some slack in the system,” said Rockstrom, even though that “goes against conventional logic” of running businesses for maximum efficiency and at low cost.

Similarly, the value of ever-increasing connectivity may need to be reconsidered in a world where a deadly pandemic can swiftly travel around the world with few barriers.

For instance, global connections mean food surpluses in one place can be used to plug shortages elsewhere – but over-reliance on trade can lead to conflict and hunger if exporting countries decide to keep scarce food at home in an emergency.

“This balancing of connectivity is fundamental to resilience,” Rockstrom said.

Perhaps the surest way to boost resilience and cut human risks is to protect the planet’s imperilled natural systems, he said.

Already, half of nature on land has been destroyed to make way for agriculture, cities and other human needs, he said.

Resources that once felt limitless have become scarce and pressure is rising on what’s left.

“It seems like we’ve reached a saturation point on what the planet can cope with,” Rockstrom said. That is evidenced in hotter temperatures, melting ice, wilder weather, more forest fires and shifting disease threats, he noted.

To change that, scientists are pushing governments to commit to protect 30% of land and oceans by 2030 to help stem climate change and halt biodiversity loss.

Doing so would save $5 for each $1 spent in terms of boosting farm and forest yields, improving freshwater supplies, conserving wildlife and fighting planetary warming, economists said in a July paper.

“The most clever investment we can make is to keep nature intact,” Rockstrom said, calling for a “zero loss of nature” goal alongside emerging net-zero emissions goals.

Rethinking how to govern the planet’s natural systems – from climate-heating methane locked up in melting Siberian permafrost to Greenland’s thinning ice sheets – is a sensitive issue but one that is crucial for humanity’s future, he said.

“The definition of resilience, at the global level, is to keep the living systems that regulate the state of the planet intact,” he added.