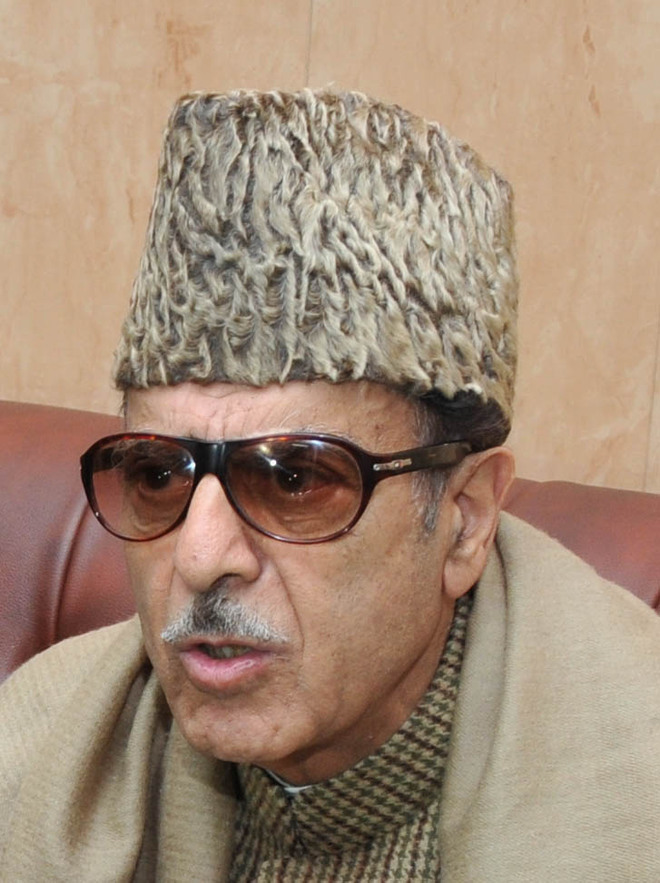 Mr Subramanyam must show the calibre of a civil servant who has looked into the system properly and come forward to suggest reforms, Prof Soz said in a statement here this afternoon.

Soz said the CS has to pin-point, at least, major frauds committed in the system and the people responsible for such fraudulent activities. Otherwise, Soz said, he will be rated as a propagandist of the worst kind.

“My other suggestion is that if he doesn’t respond to my queries and those of the CPI(M), he should resign and join RSS/BJP combine and abuse the people of Kashmir, in routine, openly”, he said.

Meanwhile, I would advise the Lt Governor Manoj Sinha to examine Subramanyam’s wholly political statement and its implications and explain his position before the people of India, especially the people of J&K UT. The sooner he does this, better for him”, Soz said in the statement.

“Now that Chief Secretary Subramanyam is openly indulging in misconceived political ponzism, his stance must be defeated as fallacious.

He said he has never been part of the J&K government in his life, although he had a member of the Political Class from yester years to the present times.

“I am certain that Mr Subramanyam has wrongly decided to give grist to RSS/BJP propaganda machine simply to make ‘hay while the sun of political patronage is shining”, he alleged.