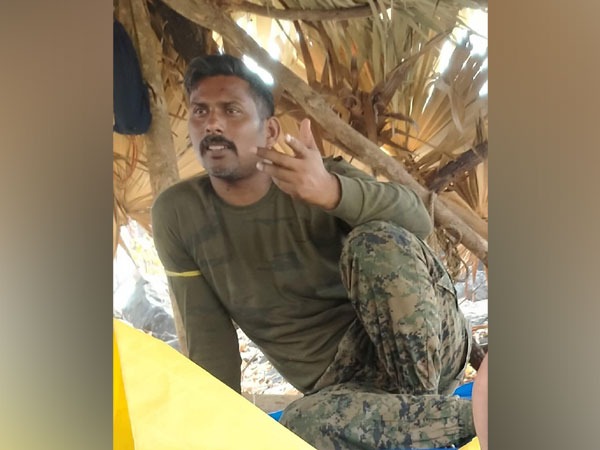 The photo circulating in media that has been allegedly released by Naxals is of the Cobra jawan missing in the Bijapur attack, said the Central Reserve Police Force sources. According to the sources, the CRPF is taking appropriate action in this regard.

Earlier the banned Communist Party of India (Maoist) issued an open letter mentioning its willingness to negotiate with the Central government. The banned outfit also proposed that the Centre announce mediators for the release of the captivated jawan. “In the Bijapur attack, 24 security personnel lost their lives and 31 of them injured. One jawan is in our custody. Four People’s Liberation Guerrilla Army personnel lost their lives. We are ready to negotiate with the government. They can announce mediators. We will release him (captive jawan). Police jawans are not our enemies,” read the letter.

The Director General of CRPF Kuldiep Singh on Tuesday told ANI, “One jawan Rakeshwar Singh Manhas is still missing. Rumours are that he is in the captivity of Naxals. Currently, we are verifying the news and planning an operation in that regard.” 22 security personnel lost their lives while 31 sustained injuries in an encounter that broke out between security forces and Naxals along the Sukma-Bijapur border on Saturday after a party of jawans were ambushed by Naxals near Jonnaguda village.