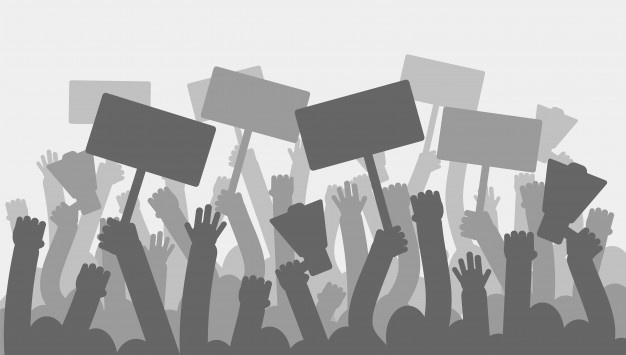 We are on strike since October 26 after there was no positive response from the government to our demands, chairman of the J&K Casual Daily Forum (JKCDF) Sajjad Parray said this afternoon.

He said thousands of daily wagers, contractual and other need based workers of different departments are on pen down strike in entire Jammu and Kashmir for the past eight days among other things demanding regularization, release of salaries and implementation of minimum wage Act.

Parray told UNI that today’s protest demonstration at Sub Division PHE was organized against the FIR filed by Assistant Executive Engineer (AEE) against five daily wagers alleging that they damaged water pipe lines. However, he said, police after verification released all five workers after they were found innocent.

We are demanding immediate removal of AEE, he said adding we will not be cowed down by such tactics and other illegal actions to silence us.

He alleged that AEE and his men are damaging water supply lines only to defame striking workers and later draw huge bills against so called repair work.

He said similar demonstration was held by workers at PHE in Badgam against the action of AEE. They also demanded his immediate removal.  He said our struggle for regularization of services is and will remain democratic, disciplined and peaceful. However, after these conspiracies to defame our struggle, we are preparing a list of those who are trying to defame us. He said the list will be made public and a copy will be submitted in LG’s grievance cell with proof.

Mr Parray said strike will continue until services of workers are not regularized and other benefits released. We have been promised by all successive governments that services of all workers who have completed seven years in service will be regularized. But, he alleged that despite completing even 20 years in the service of the department, we were not regularized. Even hundreds have already crossed the upper age limit, he said.

He admitted that some services were affected due to strike by 61,000 daily rated workers. But, he said, the workers have no option but to continue peaceful protests and pen-down strike in support of their demands.