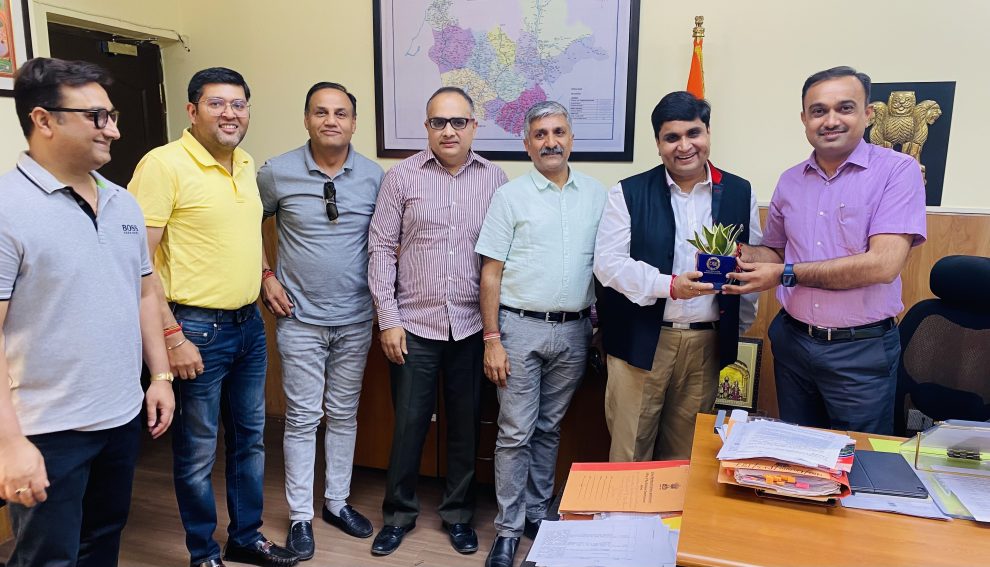 Sahai also suggested some points which could generate revenue for government like : ease of doing business in JDA which could result in more and more sale purchase of JDA properties , Free hold rights to Colonies of Trikuta nagar , Transport nagar and other JDA colonies , resolving Issue of construction near Army walls , resolving Gair mumkin khads for sale purchase of land which could ultimately benefit economy .Sahai sensatized Ramesh kumar about condition of Transport Nagar where JMC is not doing sanitation nor JDA is doing , Roads are in very poor condition , No street lights are there , Sahai told Ramesh that 35 crores is sanctioned regarding development of transport nagar but work is not yet started suggested him to visit Transport Nagar and convene a meeting with JDA and JMC . Sahai highlighted burning issue of Drugs menace in Jammu suggested more seminars , awareness session and choking of supply of drugs in the city as it is available very easily in spite of having Anti narcotics department .

Sahai also highlighted issue of having more and more community parking’s in prominent colonies like Gandhi nagar, nai basti , channi Himmat, trikuta Nagar , old city as people are parking vehicles on roads which in result is choking the roads .Also highlighted issues pertaining to Jammu Airport where due to less security checking counters people are missing flights and drop and pick up facility should be at the door step as per all India standards also suggested him to have a meeting with Airport Authority for early completion of expansion of Jammu Airport . Digitazation of land records at the earliest and having girdawari’s , mutations, registries on line on ground by revenue department . Change of land use rates to be not so high , Maximum utilasation of Jammu Haat for jammu’s handicraft products and promotional exibhitions for new methods in agriculture , Industries , service sector. Ramesh kumar Jangid Divisional Commissioner Jammu  appreciated the Knowledge and work done by PHDCCI in J&K as well as at the national Level . He assured Sahai that it’s a beginning and regular interactions would be held on different sectors and issues .Others present with the PHDCCI Delegation are Kuldeep Gupta Co chair , Chetanya Chowdhary , Shantnu Gupta , Ashish Jain , Pankaj Chopra attended and deliberated with the delegation .