Home Newsfeed PFI fanned protests in UP; anti-nationals will not be tolerated: Dy CM... 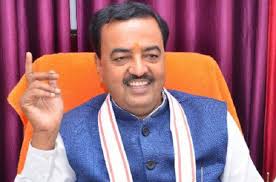 Meerut was very tense during protests against the amended citizenship law that broke out on the afternoon of December 20 , a senior police officer said in justification of a junior on Saturday after the surfacing of a viral video that showed the officer using communal language.Superintendent of police (city), Akhilesh Narayan Singh, is seen telling a group of Muslims to go to Pakistan in the video, which was widely circulated on social media on Friday.

Defending Singh, additional director general of police (Meerut zone), Prashant Kumar, said that some people had been raising pro-Pakistan slogans and distributing objectionable pamphlets in support of the Popular Front of India and Social Democratic Party of India. The PFI is allegedly influenced by the Students Islamic Movement of India (SIMI), a banned terror outfit.

Kumar said that after receiving information about the slogan-shouting, Singh and the district magistrate went to the scene and told the people that they can leave if they wanted to. He said the video, which has triggered a controversy, was part of a conspiracy because it was being circulated a week after the incident, when the situation is turning peaceful.

“We were pelted with stones and anti-nationals slogans were being shouted despite our appeals,” Kumar said. “Better words could have been chosen if the situation was normal. But the situation wasn’t normal and cops showed a lot of patience and restraint,” he added.

Uttar Pradesh deputy CM Keshav Prasad Maurya also defended Singh. “The SP of Meerut district did not tell any Muslims of the country to go and stay in Pakistan. I have been told that these comments were against people who are anti-nationals and pro-Pakistan,” Maurya, said.

The video seemed to have been shot inside a narrow lane where locals had clashed with police and shouted slogans during the anti-Citizenship Amendment Act protests in Meerut on December 20 that turned violent.

At least five people were killed in the city during violent protests against the new citizenship law that favours non-Muslim refugees from Bangladesh, Pakistan and Afghanistan. Protestors had set over two dozen police vehicles on fire and threw stones.

Singh told HT on Friday that whatever was heard in the video was his response to a group of protesters who shouted pro-Pakistan slogans and chanted “‘Pakistan Zindabad.” “In response, I advised them to better go to Pakistan in whose support they were shouting slogans,” he explained.

Condemning Singh’s comments, Congress general secretary Priyanka Gandhi Vadra. “The Constitution of India does not allow anyone to use such language against any citizen and if you are an official holding a responsible post, your responsibility is more,” she tweeted.