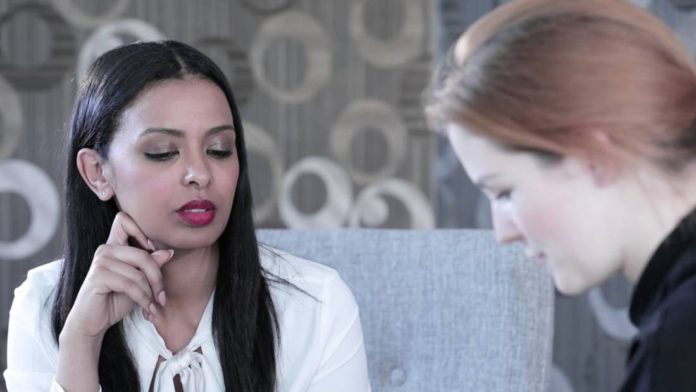 By Emeline Wuilbercq and Elsa Ohlen

ADDIS ABABA/LONDON: All eyes will be on the catwalk, but the model behind Ethiopia’s first reality TV modelling competition hopes the show will also shine a spotlight on exploitation in the industry across Africa.

Delina Cleo – a model in her late twenties who created the ‘Hidden Beauty of Ethiopia’ show – wants to educate aspiring African models about risks from online scams to sex trafficking.

“This industry can be very dangerous”, she said, referring to an Ethiopian girl whose family sold their house after a fake agency demanded payment to cast her in a production that did not exist. The girl ended up being sexually exploited, Cleo added.

“Families do not have (enough) knowledge to understand (when) it’s a scam,” Cleo said following the recent launch of the show’s second season, which sees about a dozen contestants compete for a contract with a major British modelling agency.

While data is scant, models and anti-trafficking activists say abuse in the sector is rife for African hopefuls – due to a lack of oversight and guidance both on the continent and abroad.

The global industry is becoming more diverse and open to Black and ethnic minority models, said Carole White – co-founder of the London-based agency Premier Model Management – who urged young women and girls to be wary of unscrupulous agents online.

“I believe (false promises and abuses) happen pretty much in all major cities,” said White, whose agency has managed global stars including Naomi Campbell. “It is quite a scammy world.”

Global non-profit Stop the Traffik this year released a report about aspiring models falling prey to sex traffickers in countries ranging from Colombia to Ethiopia to Russia.

“The #MeToo movement played a part in shining a light on how models are exposed to sexual and verbal harassment,” the report said. “What is not discussed is the link between modelling … and the world’s fastest growing crime, human trafficking.”

About 25 million people worldwide are trapped in forced labour – including 4.8 million victims of sex trafficking – according to an estimate by the United Nations’ labour agency.

“(Traffickers) try to target the poorest countries with … fewer resources and less education about human trafficking and about the industry itself,” said Khomo, who in 2018 launched an event to connect aspiring local models with Western agencies.

“So much is happening under the radar … and it’s happening throughout Africa,” she told the Thomson Reuters Foundation.

Ekaterina Ozhiganova, who heads Model Law – a French association that supports models’ rights – said most aspiring young models had little understanding of the lucrative yet thinly regulated sector, and lacked contacts or support.

“Often, underage people receive no training whatsoever,” the Russian model said, urging hopefuls to do their homework and ensure agencies offering work were legitimate. “Usually, you’re thrown into the industry and you’re supposed to find your way.”

The chairman of the British Fashion Model Association, John Horner, said the industry in Britain was raising awareness of predators posing as legitimate agents but that it was “too easy” for them to target and exploit girls and women online globally.

“Girls who have been promised a better life, who are brought into Britain by a slavemaster or slave gangs, probably never even interface with the modelling industry,” said Horner, who is also managing director of Models 1, an agency based in London.

“On an international scale, it’s virtually impossible (to combat this).”

Cleo, who faced accusations of being a scam artist when launching her contest in 2015, hopes she can make a difference.

“This (show) is more than a modelling competition,” she said. “We want to teach the audience. (Girls) just need to do (a lot of) research before they put themselves into any danger.”