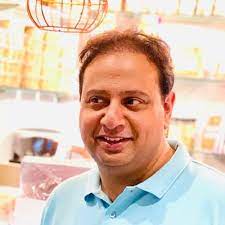 SRINAGAR: Head of the Department at Chest Disease Hospital, Srinagar and noted Pulmonologist Dr Naveed Nazir Thursday said that the hospital admissions since last one month have definitely increased but not to that extent that was witnessed in the second wave.

He further added that death rates have also decreased as compared to the second wave, Head of Department CD hospital said on Thursday

Dr Naveed Nazir said that hospital admissions have definitely increased since last one month as earlier there were around 20 patients admitted which have now increased to around 60.

He said that people who are being hospitalised need oxygen, but nobody is sure yet which variant is causing severity among patients presently as there is no test available that can provide us details in a quick time about which variant has been infected.

“We have decided to send the samples of sick patients suffering from pneumonia for whole-genome sequencing so that we will have a better picture then as to what variant was responsible for their sickness,” he said.

He added that due to the contagious nature of Omicron, the percentage of cases due to other variants have decreased.

“If there won’t be any mutation which can render a more toxic variant, then Covid can go into an endemic stage, ” he said, adding that an infective variant with high severity is more dangerous than a very severe but less infective variant.

“We are hopeful that the trend of the third wave here will be the same as it is in the rest of the country where cases have started receding and hopefully in the next week or two cases will start declining here too,” he said—(KNO)