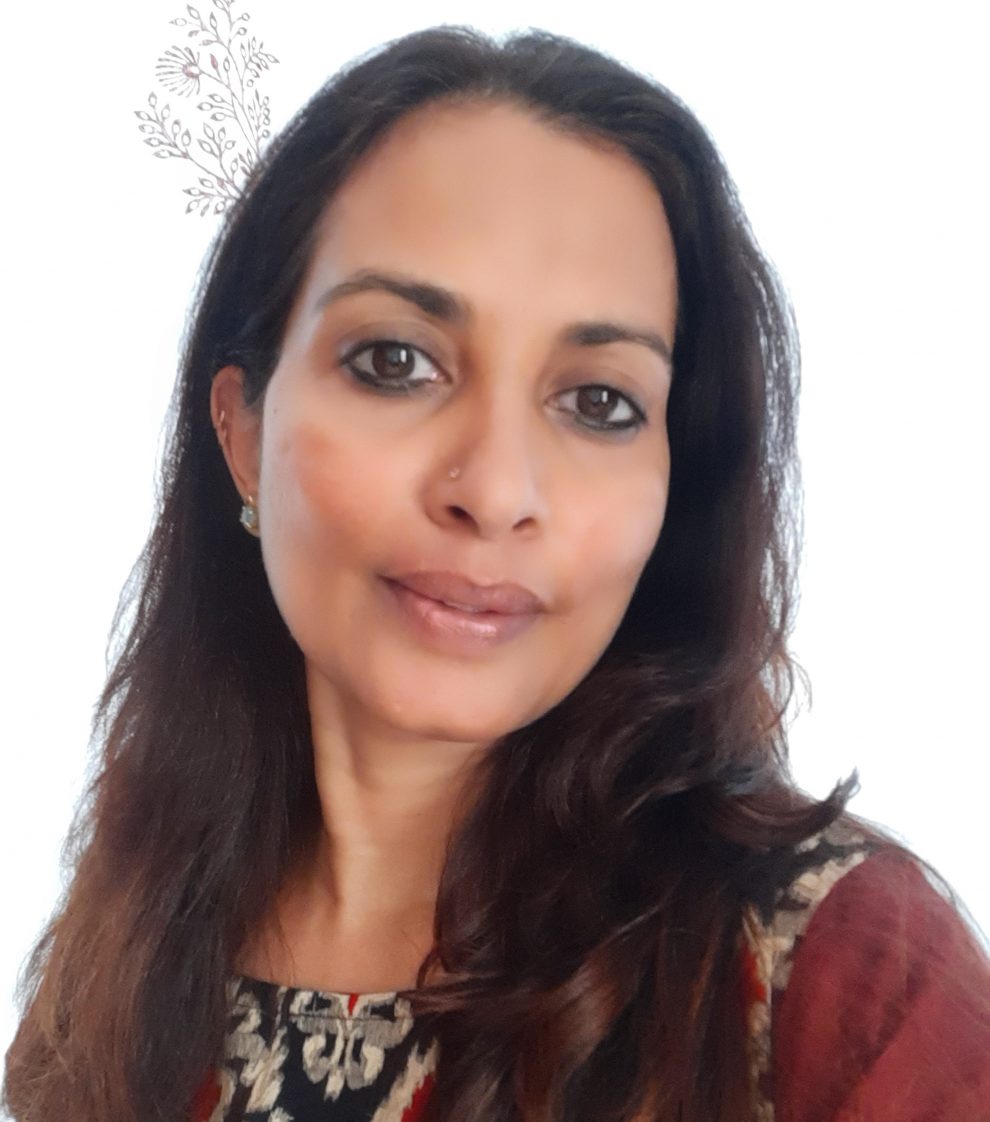 Michael’s flight to Bombay was at 9. He had to meet someone there before taking the late-night flight to Melbourne. Naina lay in bed looking outside at the inky silhouette of the madhukamini bush against the unlit sky.

Once, while playing under it as a little girl, she had spotted a pair of birds twittering above, fetching twigs, string, and grass in their beaks. When a nest began to form, she could not hold her curiosity and climbing on a stool, stood on tiptoes to peer inside the neat grass bowl. Three aqua-coloured eggs—each the size of a large grape; lay inside like a picture.

Excited, she ran inside to tell Nana.

After Nana had had a look, he asked her to get a notebook and write about it.

‘What shall I write, Nana?’

‘Write today’s date and all that you’ve seen—the bird, the nest, the eggs—describe them. Then, every day write down what happens, the changes you see.’

He helped her identify the bird in the cherry-colour, leather-bound Salim Ali book. In her neat, round, cursive handwriting, she wrote—Red-vented Bulbul.

Every day at lunchtime, Nana would ask her about the birds. She drew the birds, the nest, and the tree in the notebook. Nana called these ‘diagrams’. So, when Anjali called her to play house, feeling very important, Naina told her she was making diagrams.

One day, when she was standing on the stool looking at the featherless baby birds whose eyes bulged out of their translucent pink skins; wanting to touch them, Nana came and stood behind her. She could smell his Brylcreem. When he passed away some months later, and she slept with Nani on their bed, she could smell Nana’s Brylcreem on the pillow.

She could smell it now.

‘Why me, Nani!’ Seized by despair, she had burst out one day.

‘Laado dekho, see, God has to distribute happiness and sorrow, success and difficulties among us all. He gave you these because he knows you are brave and strong.’ Naina did not want to be brave and strong. She just wanted everyone in her house to be normal. Like it was for her friends. She wanted someone by her side when she did her homework; she wanted someone to get her a lollipop when they got home from the bazaar; for someone to tell the other kids that it was her turn on the swing; and when she wore her best frock, for someone to say she looked like a princess. Most of all she wanted to be called a princess.

What was it that she read in Michael’s eyes as he held her hand for a fleeting moment last night when he had come to say goodbye? He kissed an unwilling Tara on the head and put his arm around Raju who seemed very sad to see him go. He had held Naina’s hand, throwing his other arm around her in an awkward hug. She looked long after him as he rode away; the sound of his Enfield kept reverberating in the distance.

Excerpted with permission from People on our Roof, Shefali Tripathi Mehta, Niyogi Books. Read more about the book here and buy it here.

Join The Dispatch Whatsapp Group to stay updated
The Dispatch is present across a number of social media platforms. Subscribe to our YouTube channel for exciting videos; join us on Facebook, Intagram and Twitter for quick updates and discussions. We are also available on the Telegram. Follow us on Pinterest for thousands of pictures and graphics. We care to respond to text messages on WhatsApp at 8082480136 [No calls accepted]. To contribute an article or pitch a story idea, write to us at [email protected] |Click to know more about The Dispatch, our standards and policies
TagsMental health Niyogi Books People on our Roof Shefali Tripathi Mehta

“The House Next to the Factory”: This book of interlinked stories traces the life of a post-Partition immigrant family in Delhi over 30 years
PM CARES Fund not government fund; functions with transparency: HC told
Comment