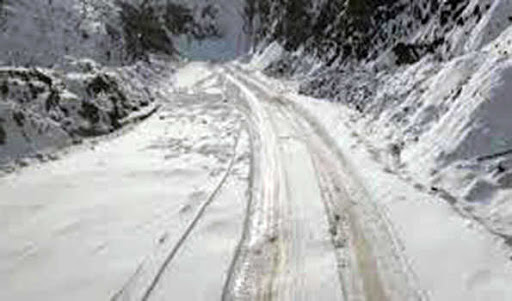 Srinagar, Jan 14: People continued to suffer as dozens of far-flung and remote areas, including border town of Gurez, remained cutoff from district headquarter in Bandipora in north Kashmir since January 1 due to accumulation of several feet of snow.

However, three main roads, Kupwara-Machil, Kupwara-Keran and Kupwara-Machil – connecting dozens of remote villages, including those near the Line of Control (LoC) in north Kashmir, remained open for one-way traffic.

“Traffic to Gurez, which is surrounded from Pakistan Occupied Kashmir (POK) from three sides, remained suspended since January till further orders due to accumulation of several feet of snow,” an official of Police Control Room (PCR) from Bandipora told UNI.

Official sources said that the snow clearance operation has not been started on the road as the area is avalanche prone and following extremely harsh weather conditions due to below freezing point temperature. “Razdan pass, connecting Gurez, Neeru and dozens of other areas near LoC with district headquarters Bandipora, is under several feet of snow,” he said.

Border town Gurez and its adjoining areas remain cutoff from rest of Kashmir valley every year for five winter months following accumulation of several feet of snow at Razdan pass and other stretches of the road.

“Traffic was plying from border town of Keran to Kupwara on Thursday,” an official of Police Control Room (PCR), Kupwara, told UNI.