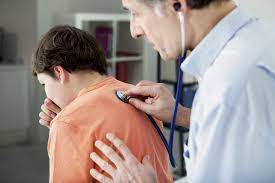 SRINAGAR: People in Kashmir are complaining about respiratory illness because of cotton fluff of poplar trees.

They said that the pollen enters the body through the nose or mouth and it causes irritation or redness in eyes, persistent sneezing and breathing problems.

However, doctors said that it is a misconception among the public that cotton fluff of poplar is pollen but the truth is that pollen is invisible.

DAK President and flu expert Dr Nisar ul Hassan said that spring is the key time for allergies and people are seen coughing, sneezing, wheezing and with skin eruptions and the main reason behind it  is pollen.

The most common cause of the allergy is house dust mite as it causes allergy in around 92 percent of people, he said, adding, cotton released by poplar trees and pollen is not visible.

Dr Gh Hassan an allergist and somnologist told that when medical science evaluated cotton released by poplars, no allergic material was found in it and the fact is that pollen is invisible.

He said that seven out of ten allergy cases are because of dramun pollen, which is found everywhere around in lawns. He said that pollen not only comes from grass and poplars, it also comes from pine, deodar, chinar, almond apple and other trees.

Experts said that in order to save yourself from getting cotton fluff into your mouth or nose, people must use masks.

They said that other trees have more pollen than poplars and if people want poplars to be axed then we have to axe other trees as well which will lead to disaster.

There are around 30 different types of pollen, and their presence in the air will be dependent on the time of year. People can be allergic to different kinds of pollen, depending on their geographical location. An allergy test can help in the diagnosis of the type of pollen one is allergic to, they said—(KNO)

Two terrorist comrades of Ansar Ghazwat ul Hind (AGuH) arrested in Budgam
Infiltration is drastically down, yet currently there are 200 terrorists staged across border ready to be launched into J&K: Northern army commander
Comment